How to Date Babycham Glasses 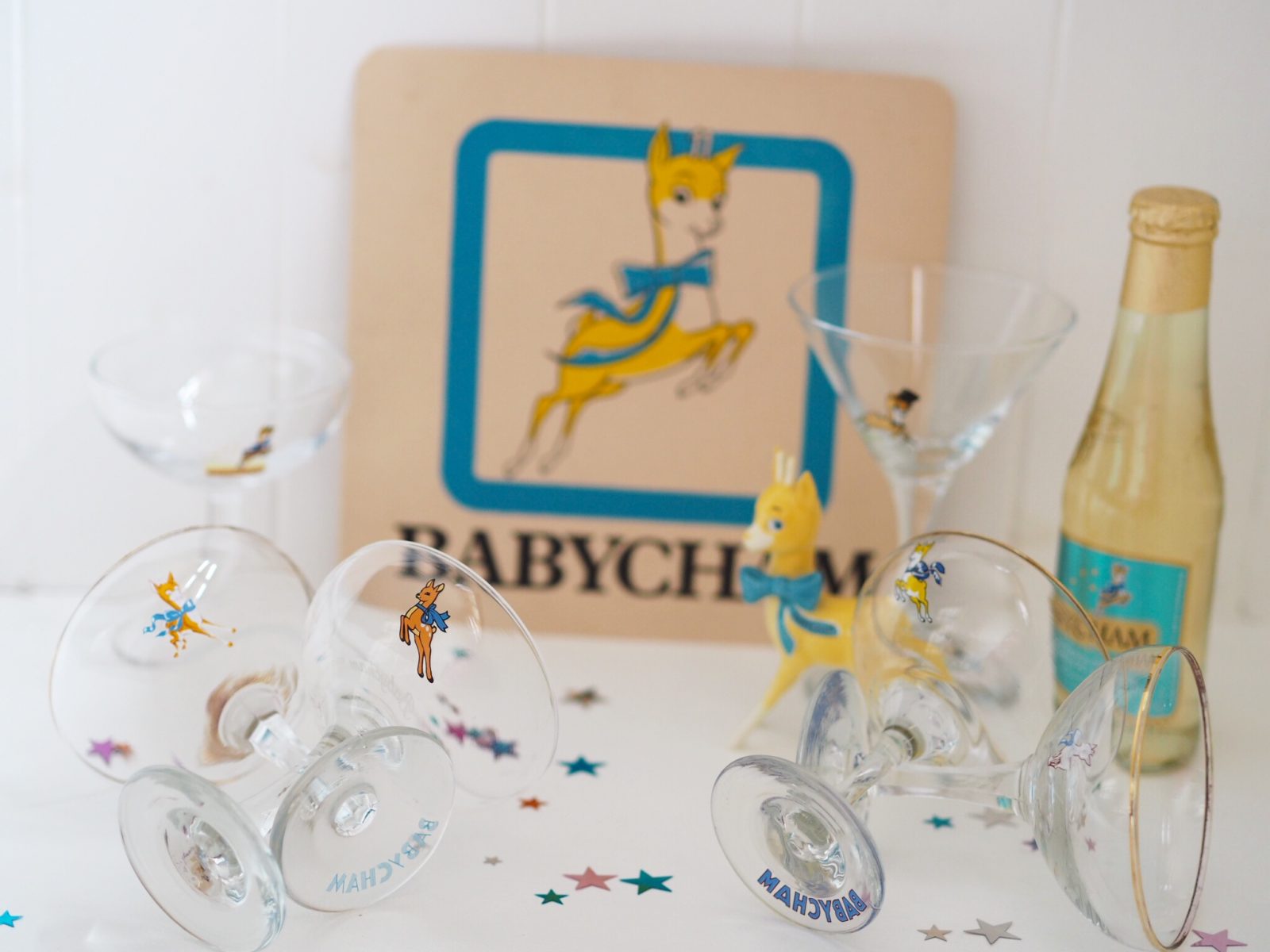 All things vintage have been making a comeback for a while.   Sometimes you can get an absolute bargain (I had a 1960s Pyrex dish on a stand that I bought for £2, I ended up selling it months later on eBay for £82!) or sometimes you can end up paying a fortune for a piece that you really want.  I usually find charity shops and sometimes eBay are good places for buying vintage pretties cheaply. My friend and I were at an Antique centre recently and I found someone selling six 1970s Babycham glasses for £78!! I do realise that they are a business and need to make money but I couldn’t believe how much they were charging for them. I’m lucky that my Mum had a set which belonged to my Gran that I could have.  Which was free! 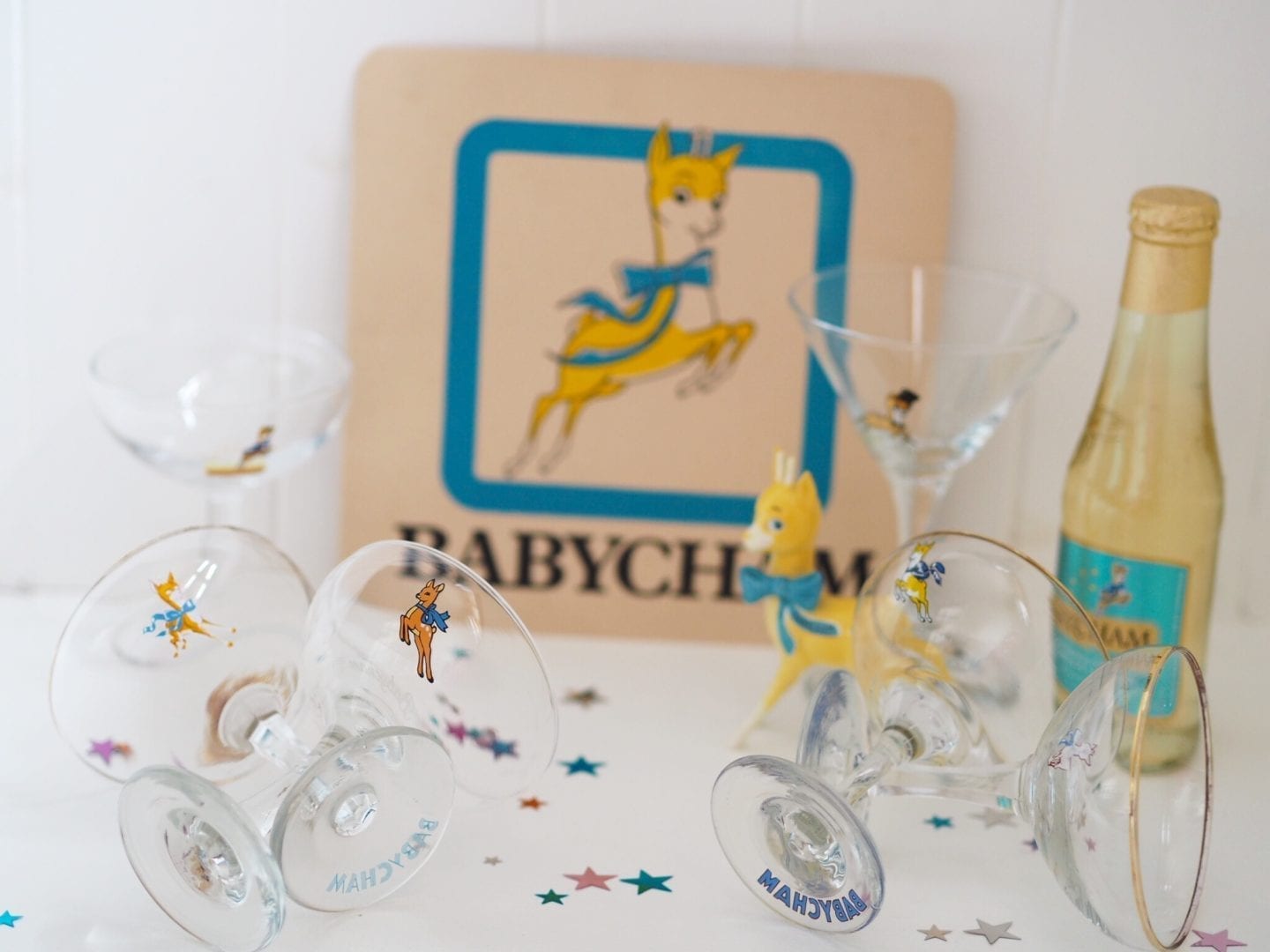 So enough rambling and let’s get back to the Babycham glasses which this post is about.  Everyone recognises the Babycham brand due to their cute deer logo (apart from the crap rebranding in the Nineties to a yellow B on a blue background, before returning to the cute deer again!) but did you know that you could estimate the date your Babycham glasses just by looking at the design of them? The main difference is the style of the deer as it changes throughout the decades.

How To Date Babycham Glasses

In the Fifties the fawn is white, wearing his trademark bow and is in a standing position.  The stem is hexagonal and there is a dark blue Babycham logo on the base.  This type is supposed to be the rarest to find but I have seen quite a few of them listed on eBay, far more than the earlier 1960s version listed below. 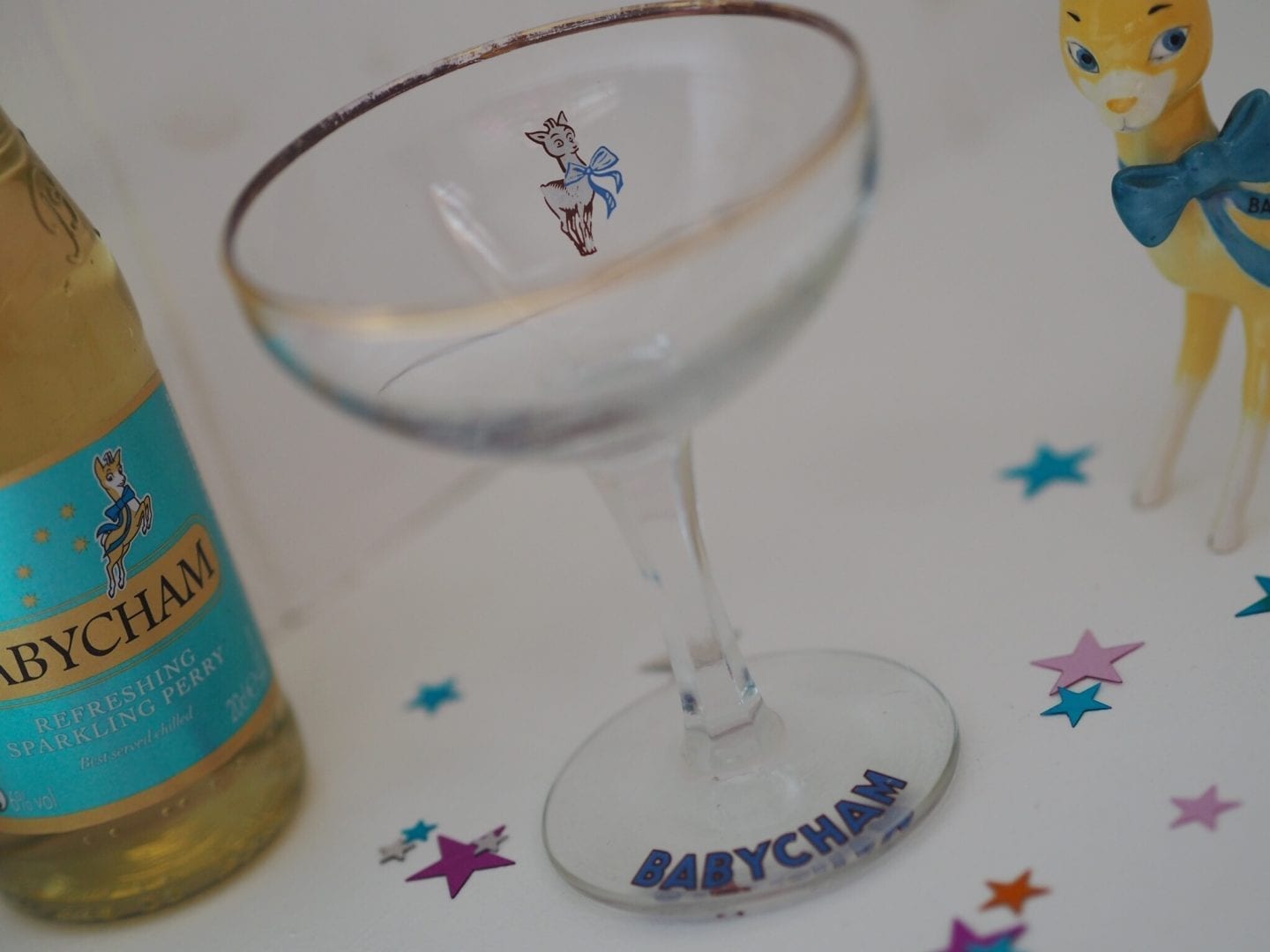 In the early sixties there is still a hexagonal stem but this then changes to a rounded stem in the mid/late 60s.  Also the logo changes in the early sixties to a quadruple lined font in a light blue colour before returning to the more blockier dark blue font on the base a few years later.  The fawn is facing to the right and is now a tan colour.  This one is also my favourite design out of all the Babycham glasses. 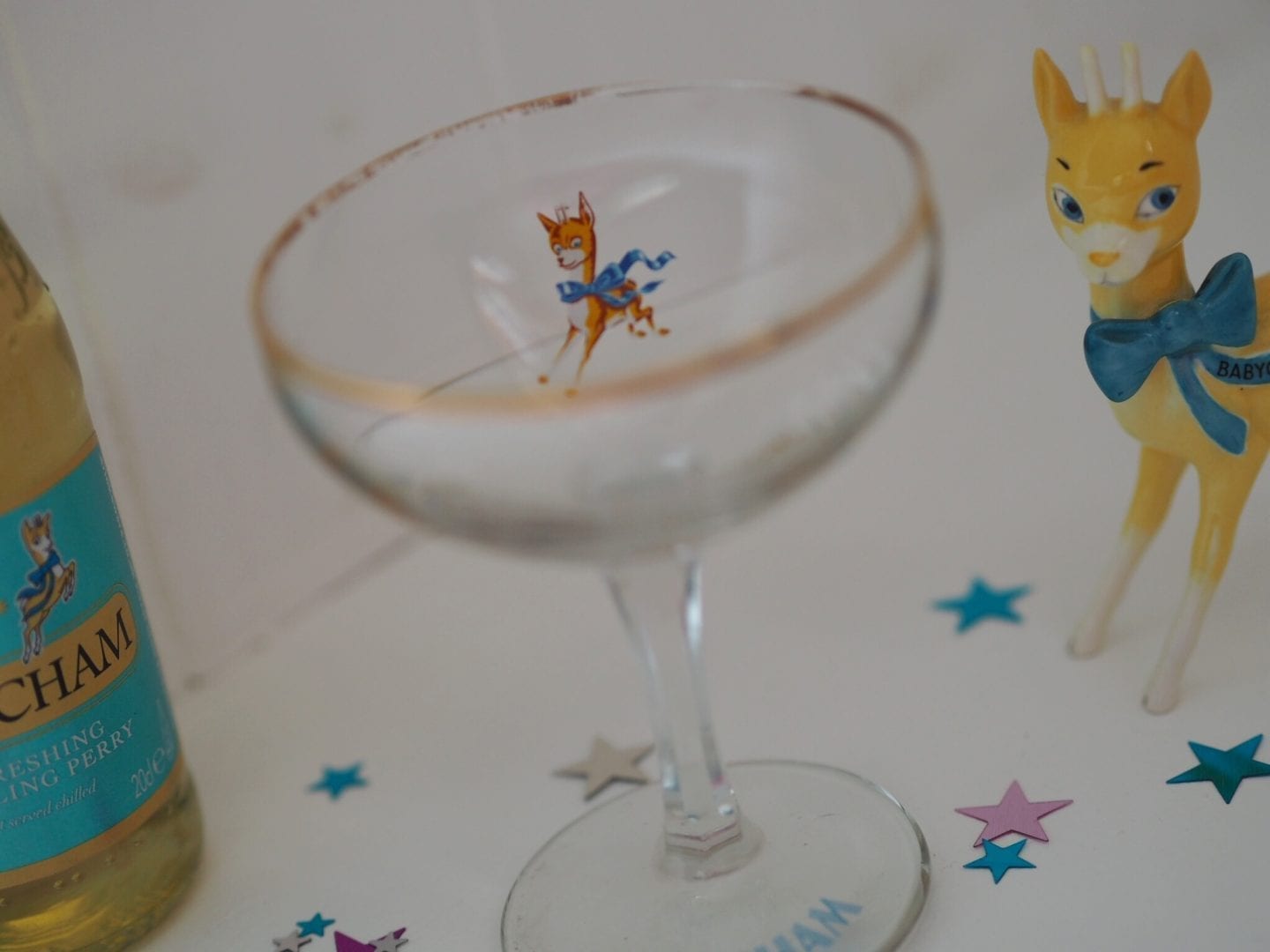 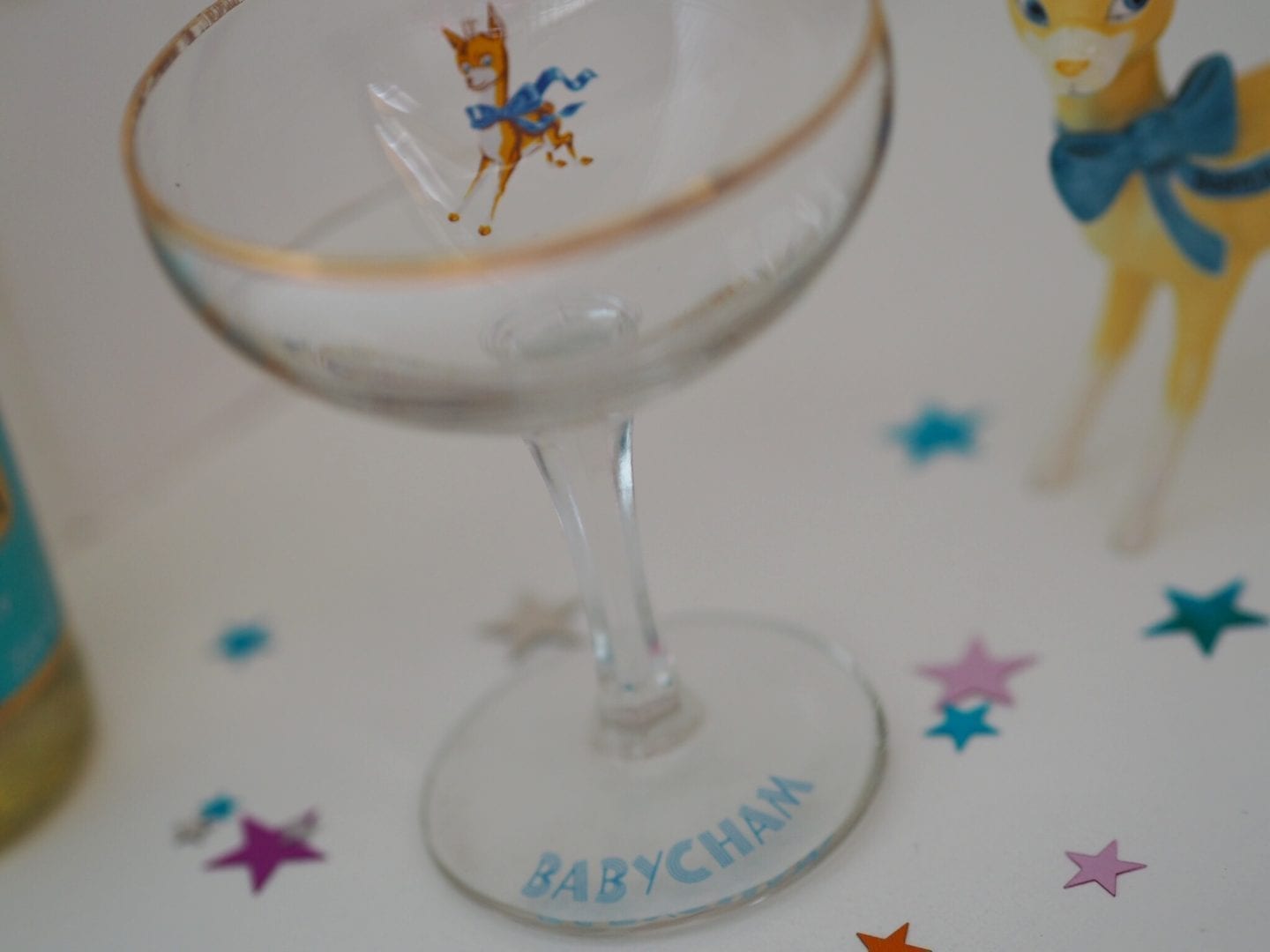 These seem to be the more common version found (there are loads of  this type on eBay).  It still comes with a rounded stem and the blocky blue Babycham logo.  Now the fawn is facing the other way in a prancing position and is a yellow colour. 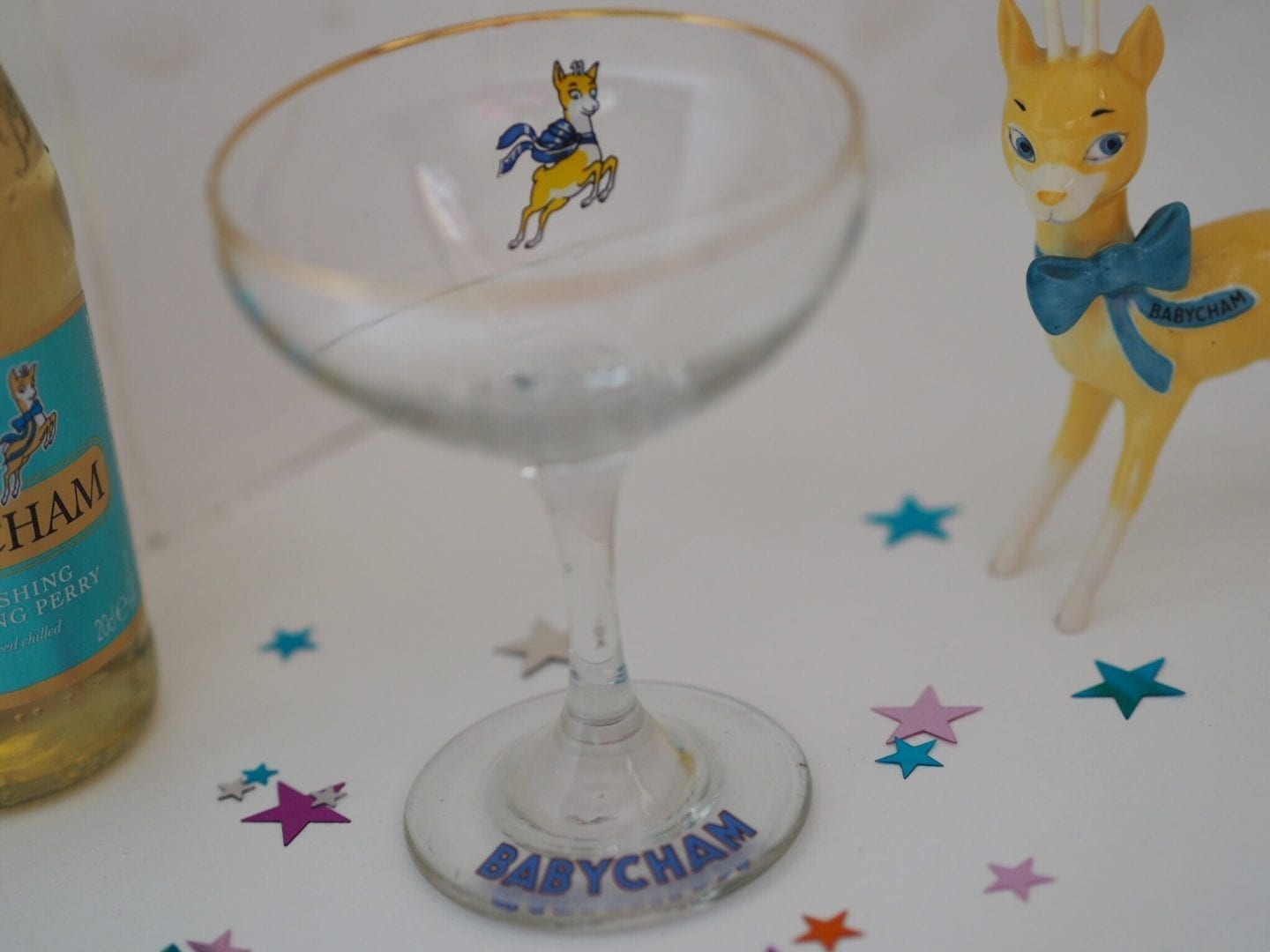 Although there is still a rounded stem, the Babycham logo is now missing from the base of the glass.  Instead there is a white inscription inside the bowl.  There is also no gold trim around the edge of the glass like the previous glasses have.  The fawn has changed back to a tan colour but is still in a prancing position.  He maybe has his trademark bow but for the first time there are no antlers on the fawn. 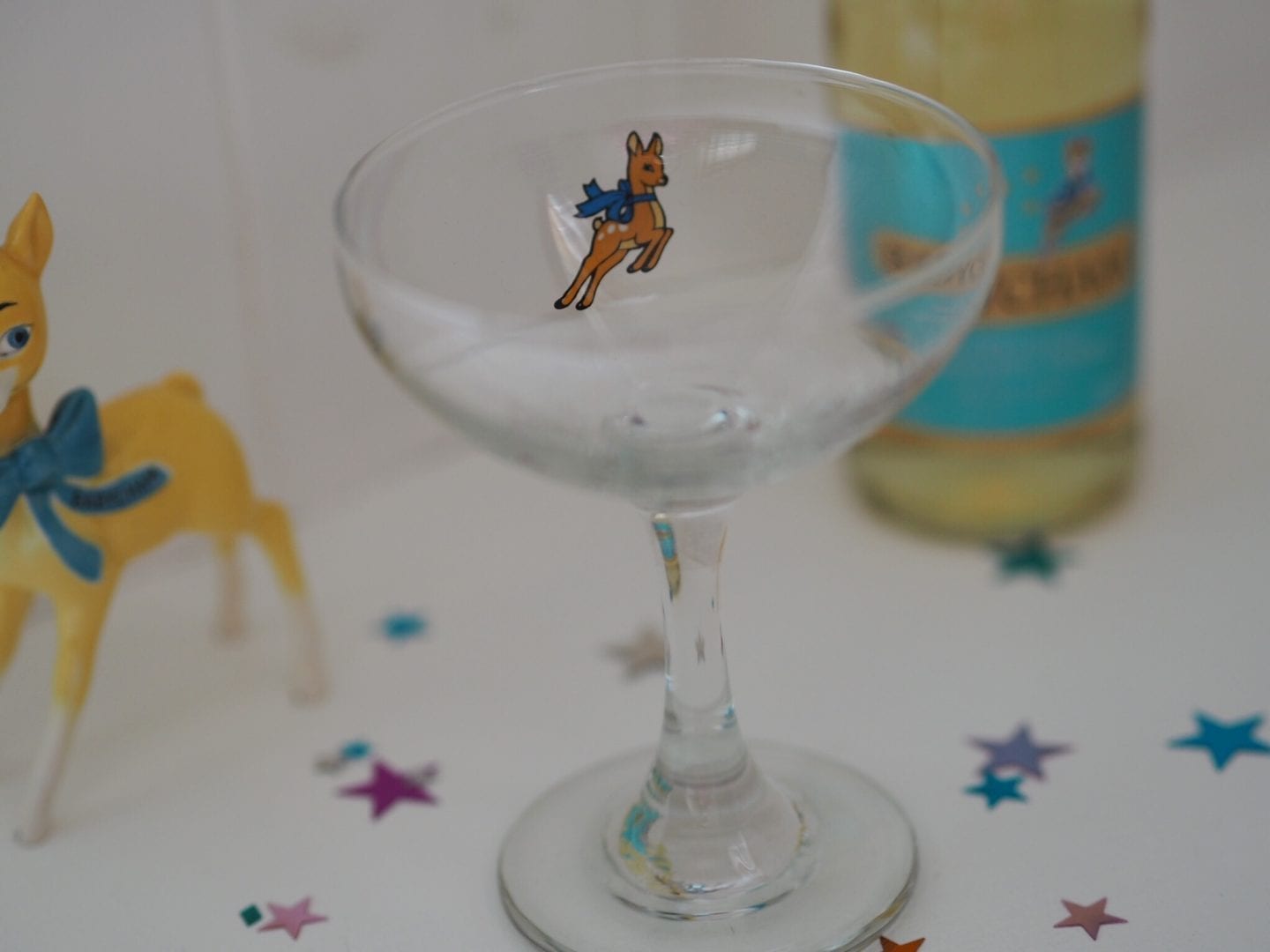 There was a limited edition Millennium Babycham glass released that is martini shaped and has a gold coloured fawn wearing a black top hat and cane.  The Babycham logo is missing off the glass and again there is no gold trim around the edge. 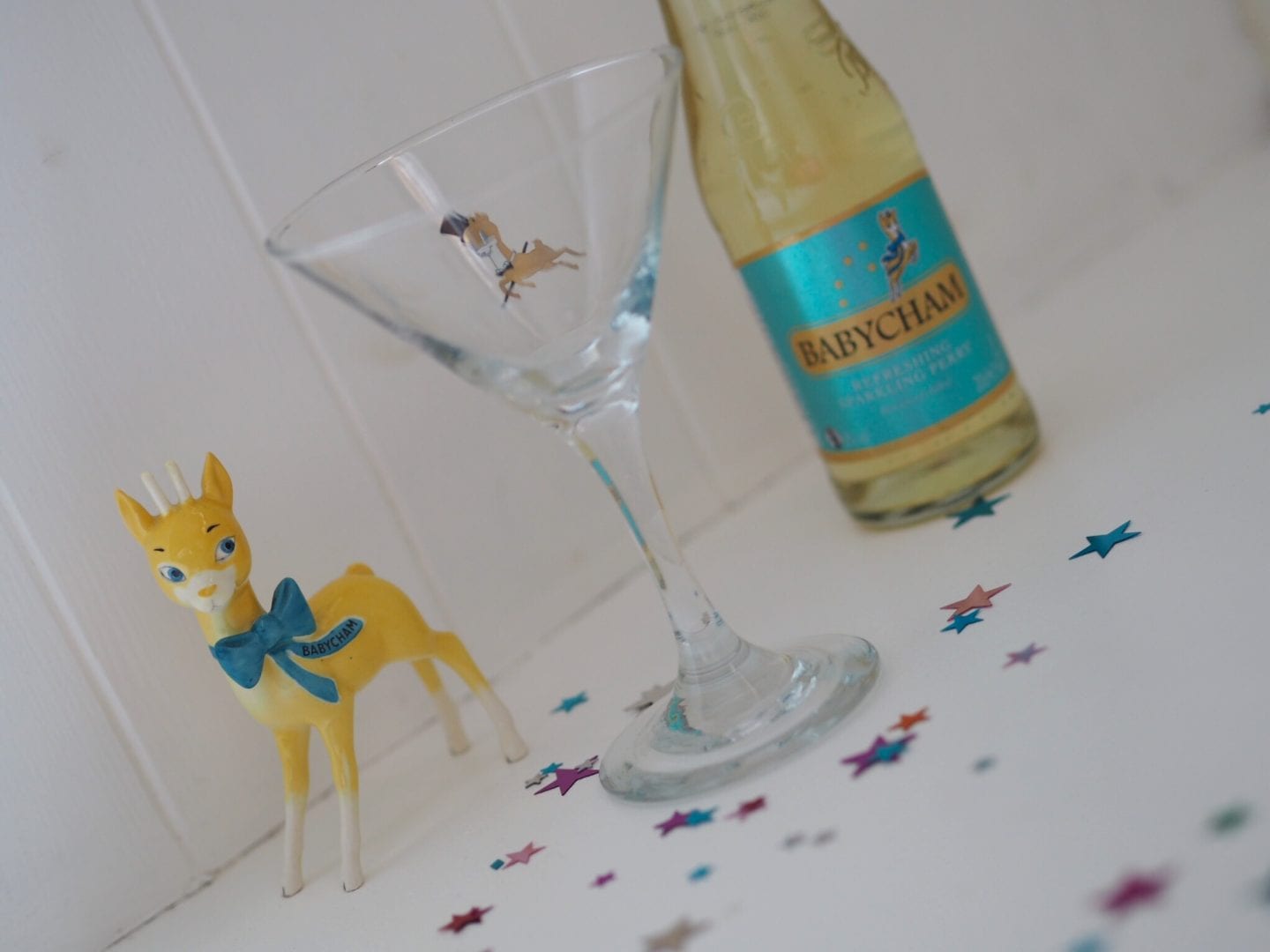 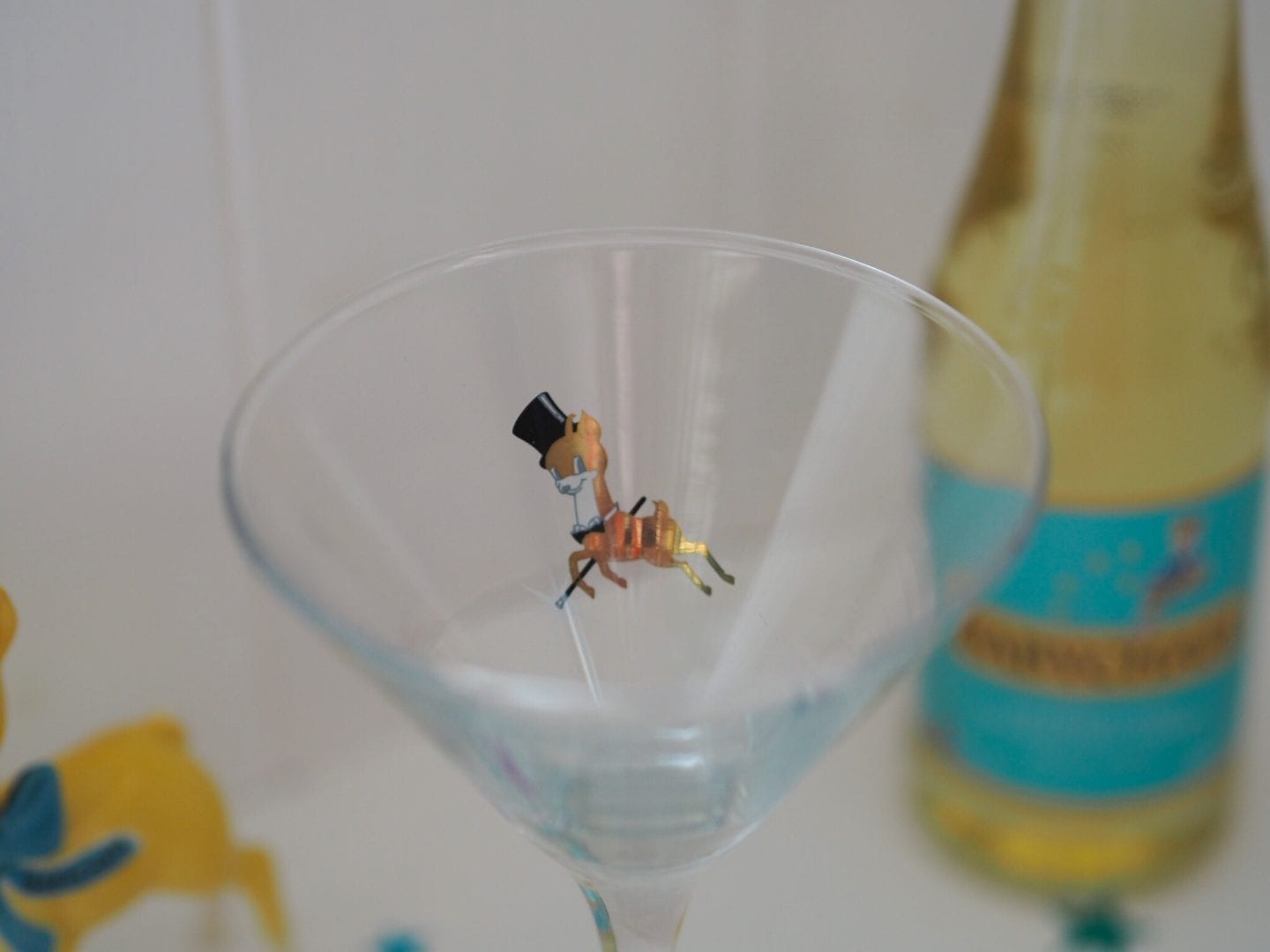 There have been a few other glasses released that I’m yet to pick up such as the 60th Anniversary Edition that came out in 2013 as well as a few others.
I hope that you found this how to date Babycham Glasses Guide helpful.  Which design do you have?

If you are looking for more how to posts:

How To Host An Afternoon Tea Party
How To Save Money On Baby Items
Spread the love
Share:

What I Bought | Lush Christmas Haul…

5 responses to “How to Date Babycham Glasses”