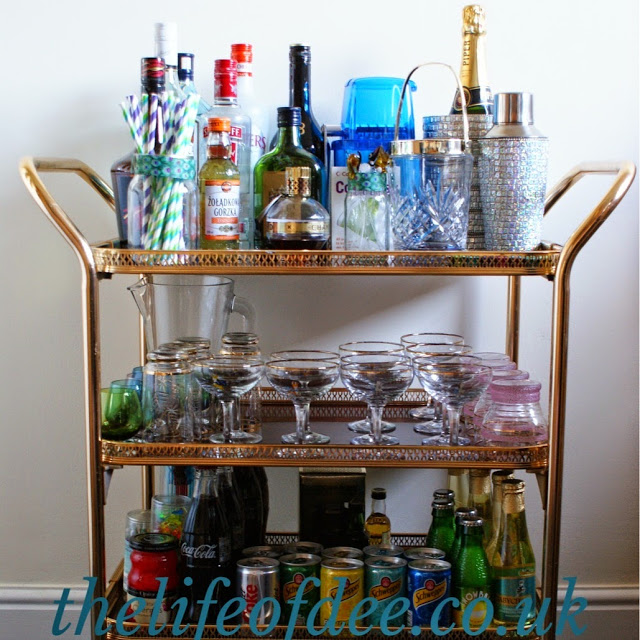 As most of you know I have a love of vintage and my current obsession along with 1950s drinking glasses is Babycham collectables.  Rather than have them tucked away in a cupboard somewhere never seeing the light of day I decided to have them out on display to show off their gorgeousness.  I didn’t want them in a display cabinet but then I remembered seeing a bar cart last year on Pinterest where someone had all their pretty glasses on display along with their booze and bar accessories.  So that’s what I was going to do!

Even better was that my Mum had one of these carts sitting in the garage lying unused since we moved into that house in 1991, so she got rid of some clutter and I got a bar cart for free. Win-win for everyone (and she even cleaned it up for me too before I picked it up. Thanks Mum!).  There is a  cart identical to this one on eBay that is a Buy it Now for £49.95 + £18 p&p so I scored a bargain ;)!! 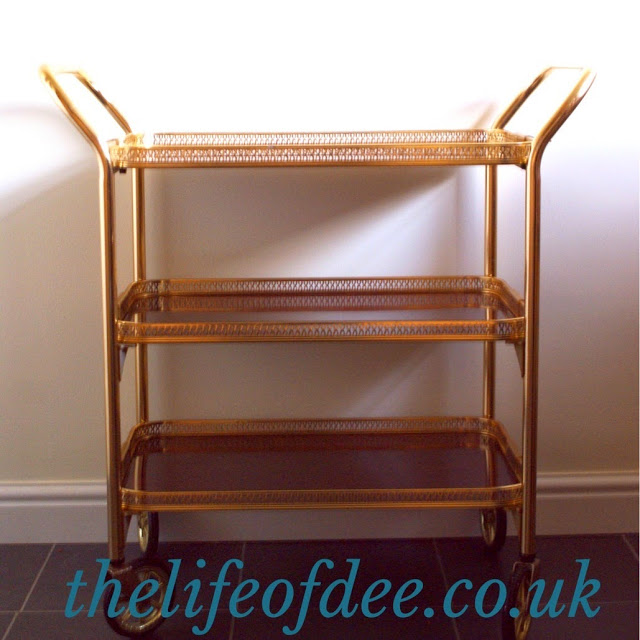 Once I got the cart back to my house I settled on it going into the kitchen and putting it next to the table and then got to the most exciting bit…….styling it!!  I keep all of our drinks in a sideboard so took them all out and started arranging them on to the top tier.  During this time Ben decided to wake up and being a cat obviously has to investigate this foreign object in his house, after having a good sniff he decided that he needed a closer look and jumped onto the table and then on to the cart!!  Luckily there were no glasses on it at that moment so since then I have kept the kitchen door shut when we are out of the house/at night to prevent inquisitive ginger cats from smashing their owner’s vintage glass collection.

Going back to the styling part I placed my matching glittery wine cooler and cocktail shaker that I got around ten (or maybe more) years ago one Christmas and an ice crusher that my Mum gave me many moons ago on the top tier (this comes off and can be used as a tray).  I bought the crystal ice bucket from a charity shop for £5, the peacock patterned cocktail napkins were from eBay and I used the colour in those for the theme of my bar.  I bought blue/green and purple striped paper straws as those are the colours that you would find in peacock feathers and placed them in a Kilner jar with a peacock feather patterned ribbon around the rim.  I also bought lovely vintage glass swizzle sticks but they are very delicate so they will just be used for show. 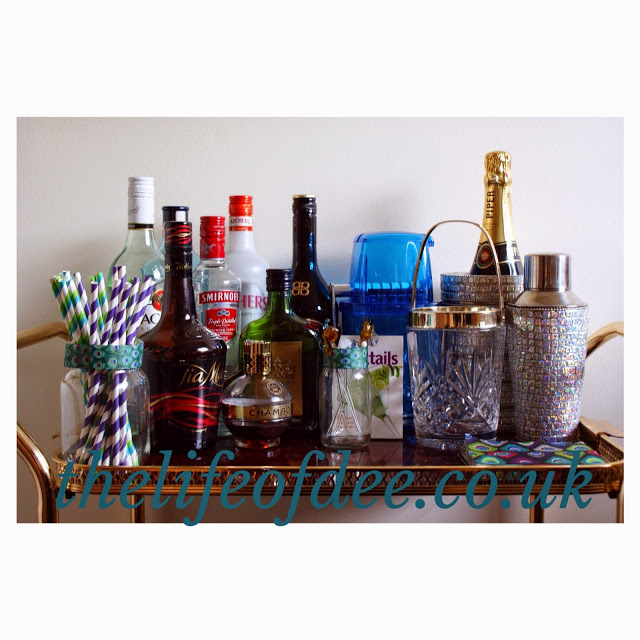 On the middle tier of the cart is where I put the glassware, the pitcher at the back was bought a couple of years ago from IKEA but the rest of the shelf is vintage.  I have 4 pink sugar frosted glasses with gold bands, 6 white fawn Babycham glasses (these belonged to my Gran), since I had Babycham glasses from the 1950s I just had to get ones from the 1960s and 1970s too (I will put up a post next week on how to date your Babycham glasses) which I found on eBay.  I also bought 4 gold star and feathered tumblers and 5 coloured mini brandy glasses (not sure which era these were from) that tied in with the peacock theme. 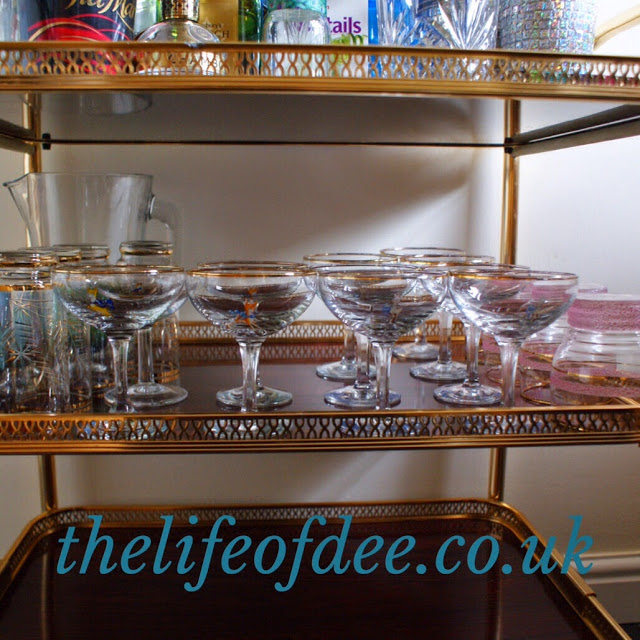 On the bottom tier was where I put the soft drinks, plastic swizzle sticks, cocktail umbrellas, glass charms, jar of maraschino cherries and for extra kitschness bottles of Snowballs and Babycham. 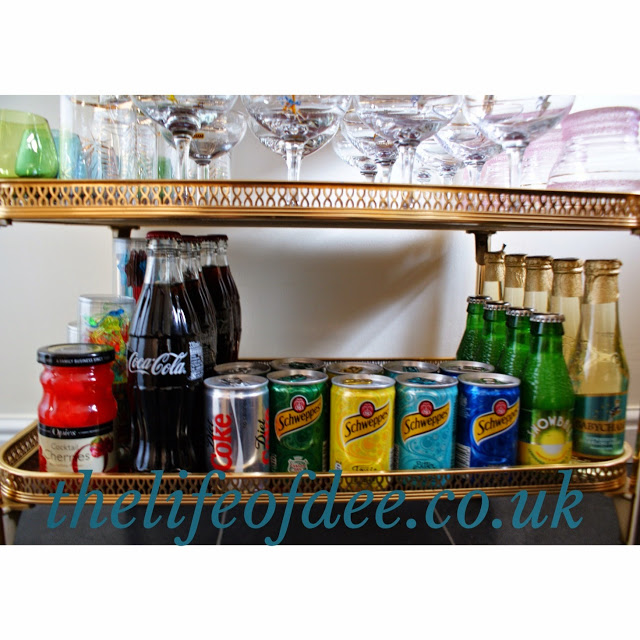 I am loving the way that the bar cart looks and will likely decorate it when Halloween and Christmas comes round.  Mr M was away on a course when I did this so although he doesn’t share my enthusiasm for the cart, he did say that it looked nice.  As we are going through IVF at the end of April we can’t drink so we will just have to admire the alcohol for now but I will be having a vintage cocktail party later in the year so look out for that post.

Have you ever held a cocktail party?  What is your favourite cocktail?