Chorlton is the final part in My Furry Monsters series.  Along with Louis, Chorlton lives with my Mum and Dad as when I moved in with Mr M I didn’t think it was fair to move him into a new home with another cat.  He was very settled there and he doesn’t cope with stress very well due to his past.

He is another waif and stray that came into my work and ended up coming home with me.  He was brought in with two other kittens (approximately 4 months old) as they had been dumped in the city centre and were seen wandering about the street.  The Cats Protection League managed to trap them and they were then brought in to my work.  I have always wanted a ginger tabby and fell in love with him straightaway but I was staying at my parents at that point and as it was another two months before I was moving in to my new flat I didn’t think it was fair to them to bring yet another animal home.

I had a couple of days off from work and when I returned he along with one of his sisters, had gone off to a new home.  I felt a bit of disappointment that he had gone but glad that he had been rehomed. Fast forward a couple of days when the Cats Protection League took him back in to be put to sleep as his new owners had said he was totally unhandleable.  He was sitting in his cat basket, looking petrified and was meowing loudly.  It broke my heart to think that this cute ginger ball of fluff was away to be put to sleep.  I spoke gently to him and he seemed to quieten down, I stuck my finger through the bars in the cage and started stroking him and he didn’t seem to mind this at all.  I eventually opened the lid of the cat basket and picked him up and he clung to me as he was so scared.  He then started purring and there was no way he was going to be put to sleep, he was coming home with me!

I had a large dog crate at home that I made up for him in the living room and put him in it for a couple of hours so he could adjust to all the new smells and noises of his new house before letting him have a wander of his new surroundings.  After a couple of days we started to gain his trust and he liked to be cuddled and wanted to play or cuddle up with Louis and our other bunny we had at the time although they were having none of it!  He settled in well and even my parents who didn’t even like cats loved having him.  He didn’t settle at all in my flat when I eventually moved in and was much happier being back at his Grandma and Granda’s and there he has stayed ever since living a life of luxury as a pampered puss. 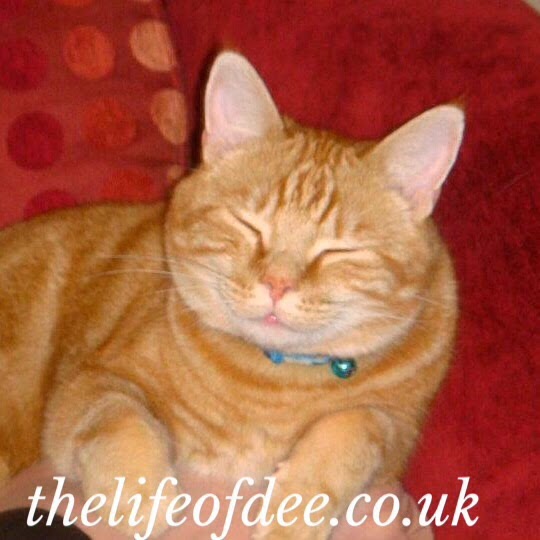 Loves:  Eating! I know when it’s dinner time and make a lot of noise so my owners know it’s time to feed me.  Prawns are my favourite and I’m also partial to a bit of Salmon too.  Cuddles.  My blanket I got at Christmas.  My favourite thing. Ever.  Playing Chase with Louis, until he annoys me that is and then I hit him to let him know he has bugged my happiness.

Hates:  When my owners go on holidays.  When there are people in the house that I don’t know.  Workmen, they are so noisy. The ginger cat who looks like me and comes into my garden, especially when he sits on the windowsill and looks in.  He bugs me!!

Favourite toy:  My laser pen! Love it!! Also when Louis isn’t hogging my activity mat I like to play on it.  My new cat nip carrot toy, I love playing with it until it’s soggy. 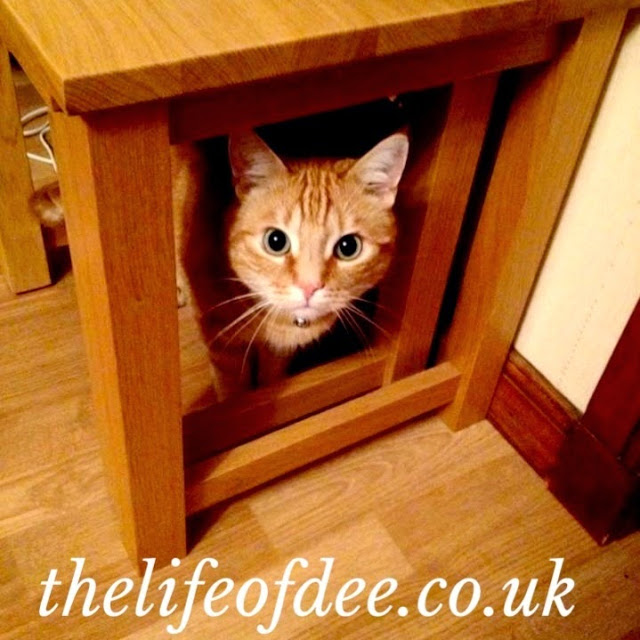