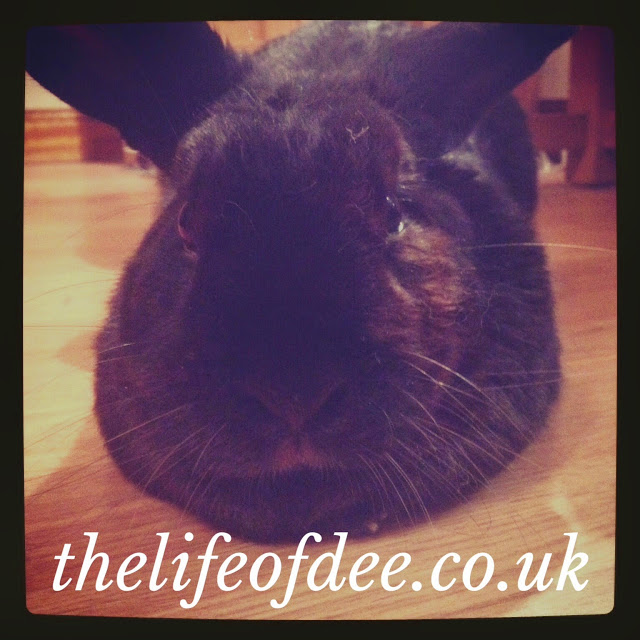 Last week I introduced you to Ben our cat and this week it is Louis’ turn. Louis was originally going to be the first of my pets that I was going to write about so it would tie in with National Rabbit Awareness Week. Unfortunately he was unwell and had to spend a couple of days at the vet.  Thankfully he has made a full recovery and now has his own post.

Louis is a black (possibly an Alaskan?) rabbit and he will be 9 years old in July.  That make him quite an old bunny as he is 84 years old in human years.  He was originally known as Smudge and was brought into my work (I used to be a Veterinary Nurse) by his owner with his scrotum ripped and his testicle hanging out.  His owner had kept two entire (un-neutered) males together, which you shouldn’t do as they will fight which happened in this case.  When the Vet checked him over and saw his injuries, she advised his owner to have him neutered.  His owner didn’t seem too keen on him being castrated but he was kept in overnight so we could assess the damage the next day while he was under a general anaesthetic.

While he was asleep we could see that there was a lot of infection there as he had an infected wound that tracked up the inside of his thigh right to his groin.  This had to be treated first before we could castrate him or at least stitch his wound up otherwise we would be sealing in the infection.  When the owner was told about this and the cost the treatment would incur, she replied that it “was cheaper getting another rabbit!” I decided then that he was going to come home with me (this is an occupational hazard when you work in a veterinary practice!) to start a new life and also to change his name to something that suited him better.

I’ve had a number of bunnies over the years and he is definitely the one that has been the most hard work.  It took him nearly 4 years to trust us properly as he would attack you when you put your hand in to remove his food bowl.  You could only stroke his head and if you dared to touch his side then that was another bite you received.  Now he doesn’t mind you removing his food bowl as that means he is getting nice things, he loves cuddles and he has a friend in the cat where they take it in turns to chase one another around the house. 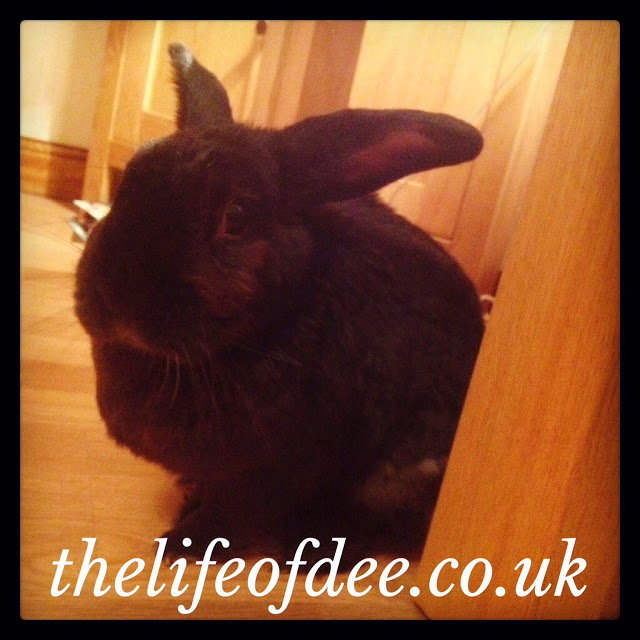 Loves:  Food, especially greens (Rocket is my favourite).  Getting my ears stroked.  Chasing Chorlton around the house.  Going up to the Caravan for my holidays.

Hates:  When Chorlton has had enough of chasing and bats me in the face.  Coming home from my holidays, I hide when it’s time to go and thump very loudly to show that I’m really not happy about leaving.

Favourite toy:  My Teach n Treat as I get to eat yoghurt drops when I find them.  Also the cat activity mat when Chorlton isn’t using it. 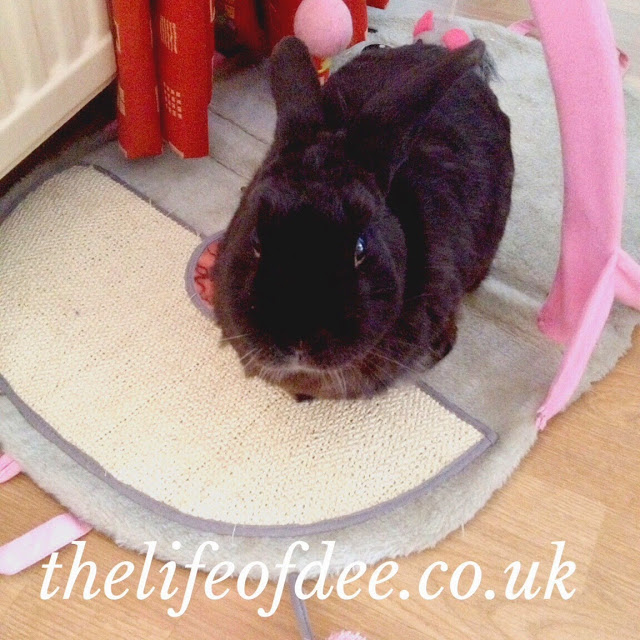 Have you ever adopted your pet? I’d love to hear your stories 🙂