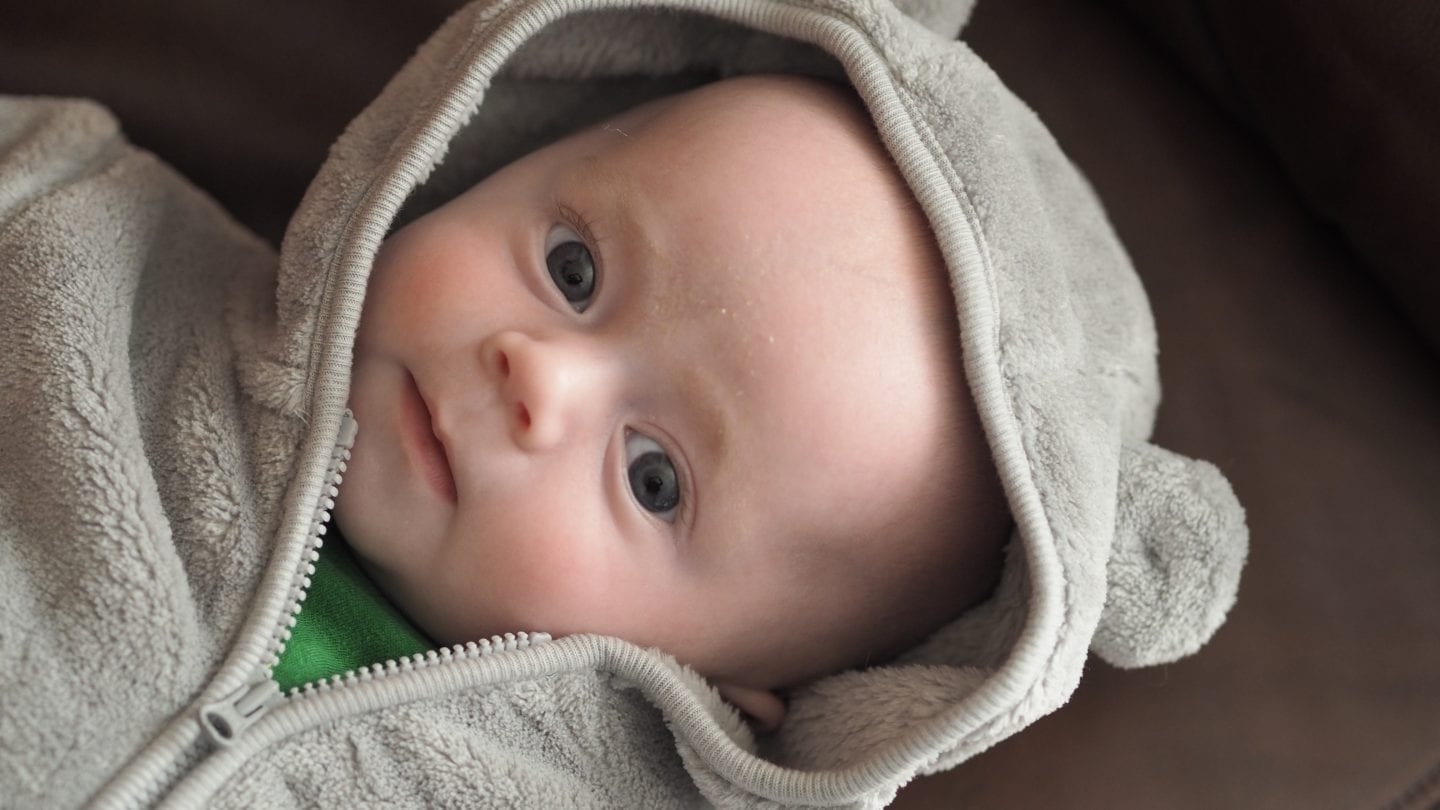 On Monday Noah was 18 weeks old, on one hand it feels like he has always been here (must be all the sleepless nights) and on the other it’s passed  so quickly as how is he 18 weeks old already?!! As first time parents-to-be we were aware that there would be sleepless nights, constant feeding and nappy changing ahead of us but we weren’t quite prepared for how it would actually be as things hadn’t turned out quite as we had planned.

I was admitted at 33 weeks pregnant as I had pre-eclampsia, I then developed pneumonia and was on oxygen for a week and getting intravenous antibiotics five times a day.  If that wasn’t enough to go through already,  I lost a lot of blood during my Caesarean section and needed a blood transfusion.  To give you an idea on how much blood I lost our haemoglobin levels should be 120 and mine was 64!! So I was very anaemic.  This meant once I was home I wasn’t able to do very much as I was so weak from everything I went through.  I couldn’t even change his nappies for the first couple of weeks (not a bad thing as babies first few poos are sticky and disgusting!) as standing up to change him on his changing table I would get really dizzy and feel faint due to my anaemia and I couldn’t bend over to change him on the floor as I had a Caesarean section. 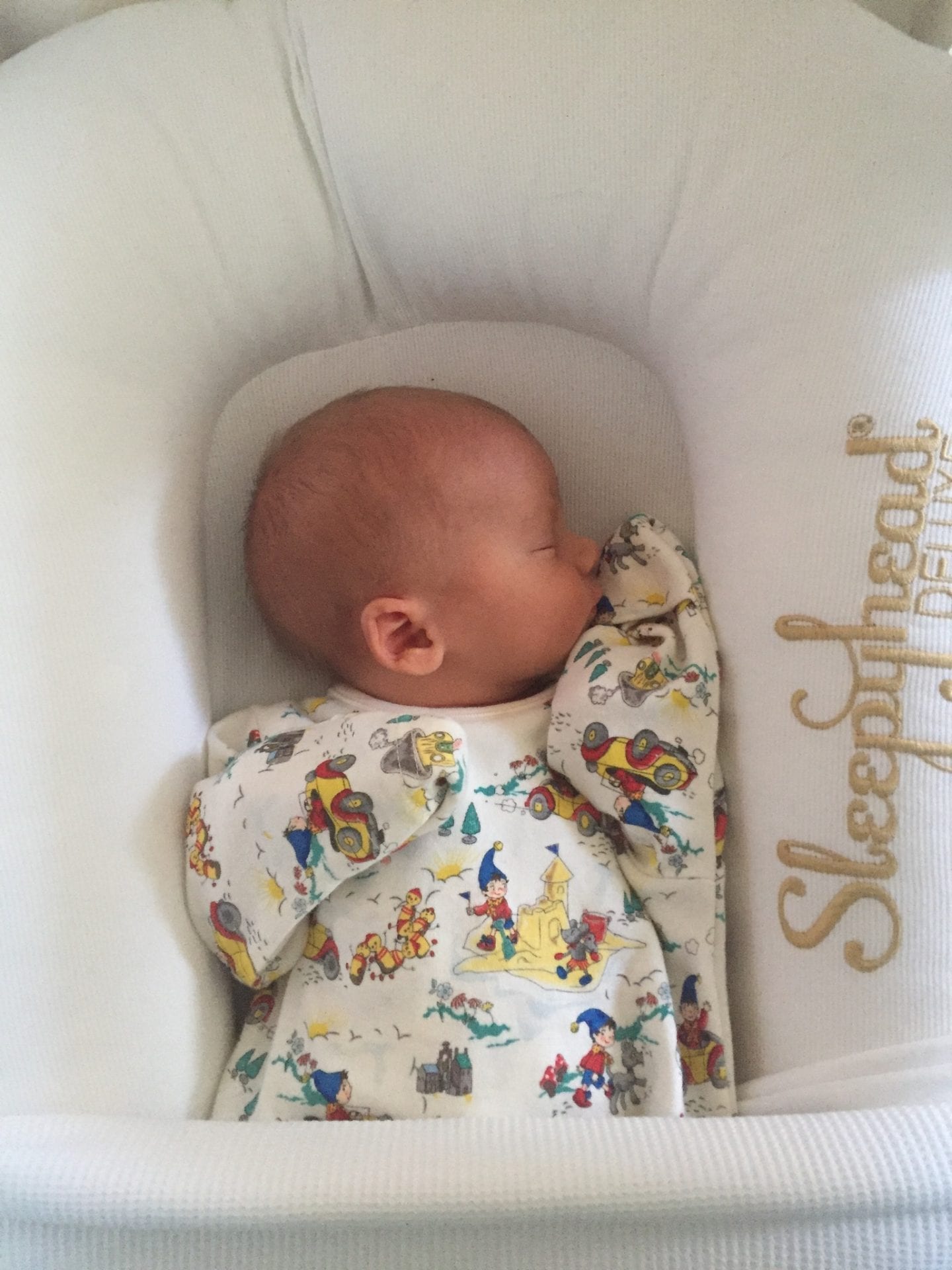 Definitely exhausting! Not only is it really scary coming home with a tiny human that you are responsible for feeding, looking out for and generally keeping alive when you haven’t a clue what to do but you will never experience sleeplessness like you do in the first few weeks.  Noah was feeding every 2 hours and as he suffered from reflux he had to be kept upright for 20-30 minutes after a feed.  It would take him around 30 minutes to take his bottle, 30 minutes to keep him upright before putting him back to his bed and probably took us about 10-15 minutes for us to go back to sleep.  Then 45-50 minutes later it was time for his next feed and would wake us up again! 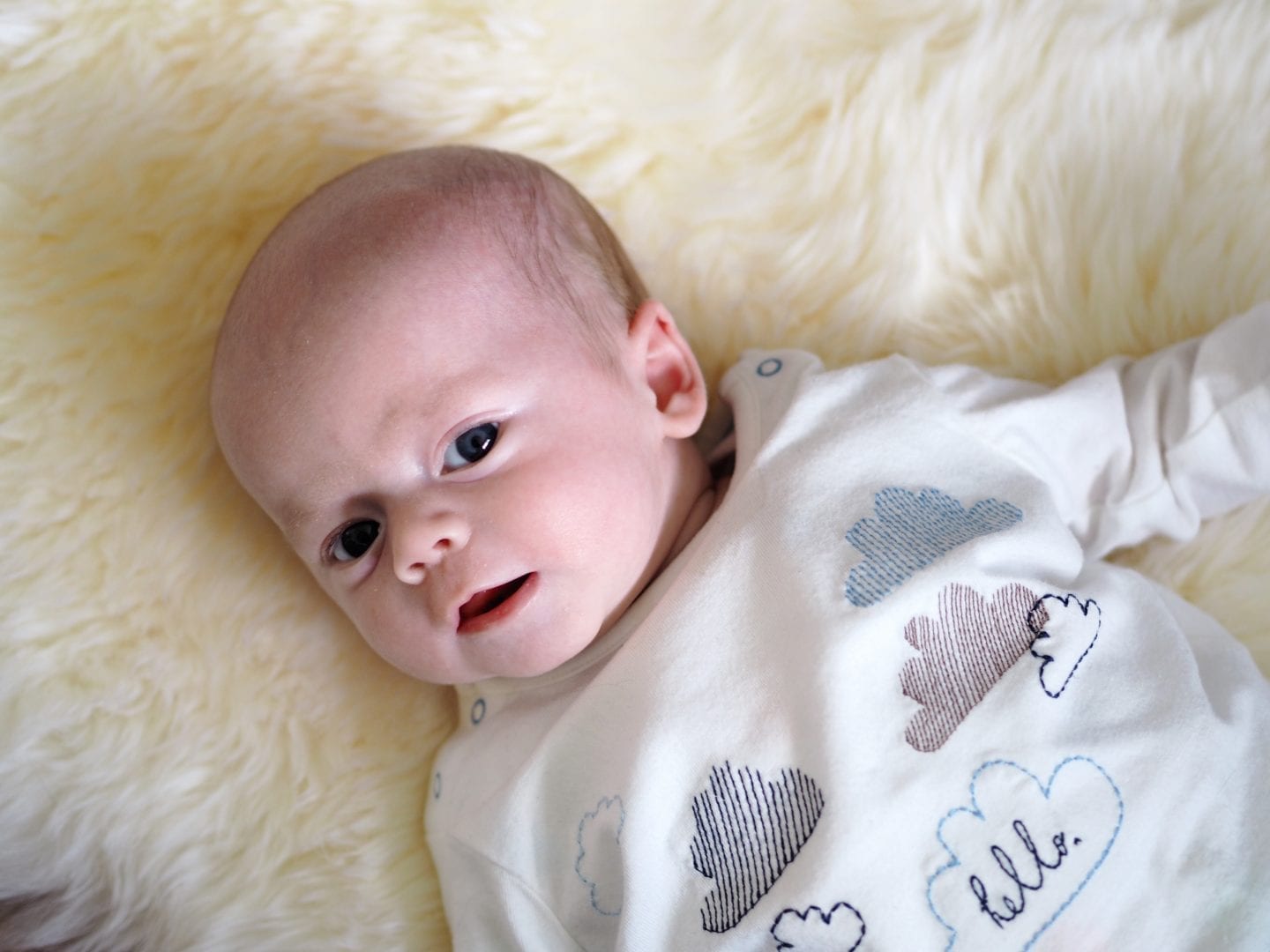 By 2 months he was no longer sleeping during the day and was getting up every 2-3 hours for a feed so it was really exhausting as you couldn’t have a power nap in the afternoon.  Also he wouldn’t take a full bottle at once; he would take 70mls then an hour later take 30mls and then a bit more 45 minutes later.  He basically snacked all day, feeding every hour which is something he still does today.  Also at 8 weeks they get their first vaccines (a bit like puppies ?), this was something that Noah didn’t appreciate and screamed so much that he burst blood vessels in his eyes!

When babies get to 3 months they get a bit more interesting as they start to develop a personality, Noah is mainly a smiley happy baby (he takes this from me obvs) but when he wants his milk he wants it there and then, if it’s not ready at that precise second he screams the place down!!   This was also when he first started sleeping through the night.  The first time he did this I awoke at 5.15am in a panic and checking that he was still breathing, we do have a movement sensor that would trigger an alarm should he stop breathing but I guess that there has been times that hasn’t worked.  He sleeps from 8.30pm through to anywhere between 5.20-6.50am which means I get around 6 continuous hours sleep a night, who knew that I would find this amount of sleep like winning the lottery!

Babies grow so fast and things change so quickly as they learn about their surroundings as well as themselves that I thought I would document his changes by blogging about it.

How was the first three months of your baby’s life?

How To Host A North Pole Breakfast

How To Celebrate Halloween With A Toddler

How To Entertain A Toddler In Your…