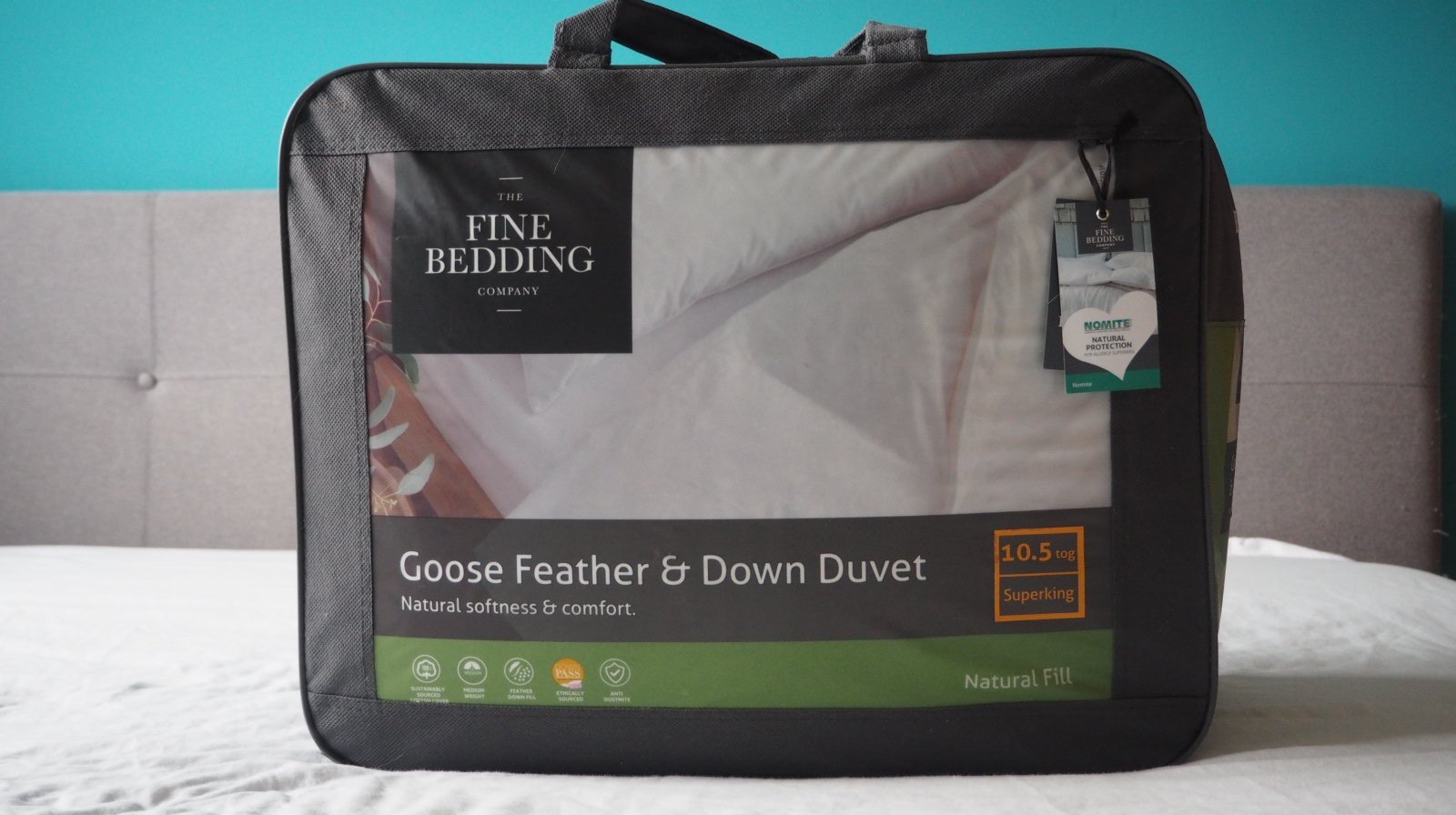 Disclaimer – I received this The Fine Bedding Company’s Goose & Feather Down Duvet in return of an honest review.  All thoughts and opinions are 100% my own.  I only recommend products that I would be happy to purchase myself. 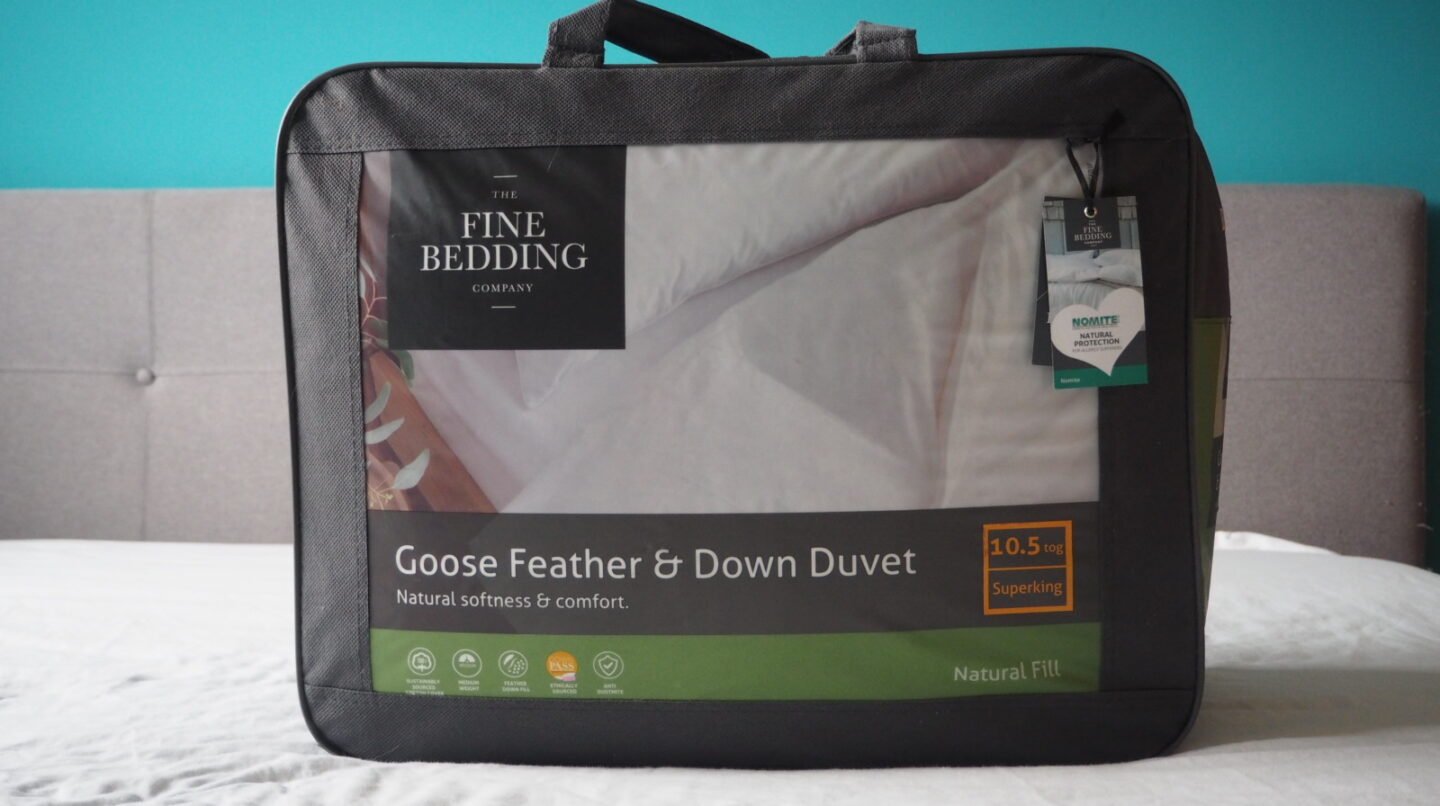 Now that we are in the middle of Autumn it’s time to ditch the light Summer duvets and snuggle up with a cosy 10.5 tog.  Our last duvet was a feather one bought from our local supermarket while doing the weekly shop.  It was quite heavy and had to be ‘fluffed up’ every day.  Every morning when I made the bed I had to give the duvet a good shake as the feathers would congregate in the middle of the duvet and there would be no filling left at the edges.  Oh and it also had random feathers poking through the duvet cover too.  When The Fine Bedding Company got in touch with me to ask if I would like to review one of their duvets I jumped at the chance.  I was sent their Goose Feather & Down Duvet in Super King Size and I was not disappointed.

The duvet arrived in its own little grey bag so it was easy to carry rather than humphing a large box around.  This is very important to vertically challenged people like myself who end up not being able to see where they are going/carrying something almost as big as them when it arrives in a box!  Also if you change togs during the warmer months you have somewhere to store it in when the duvet is not being used. 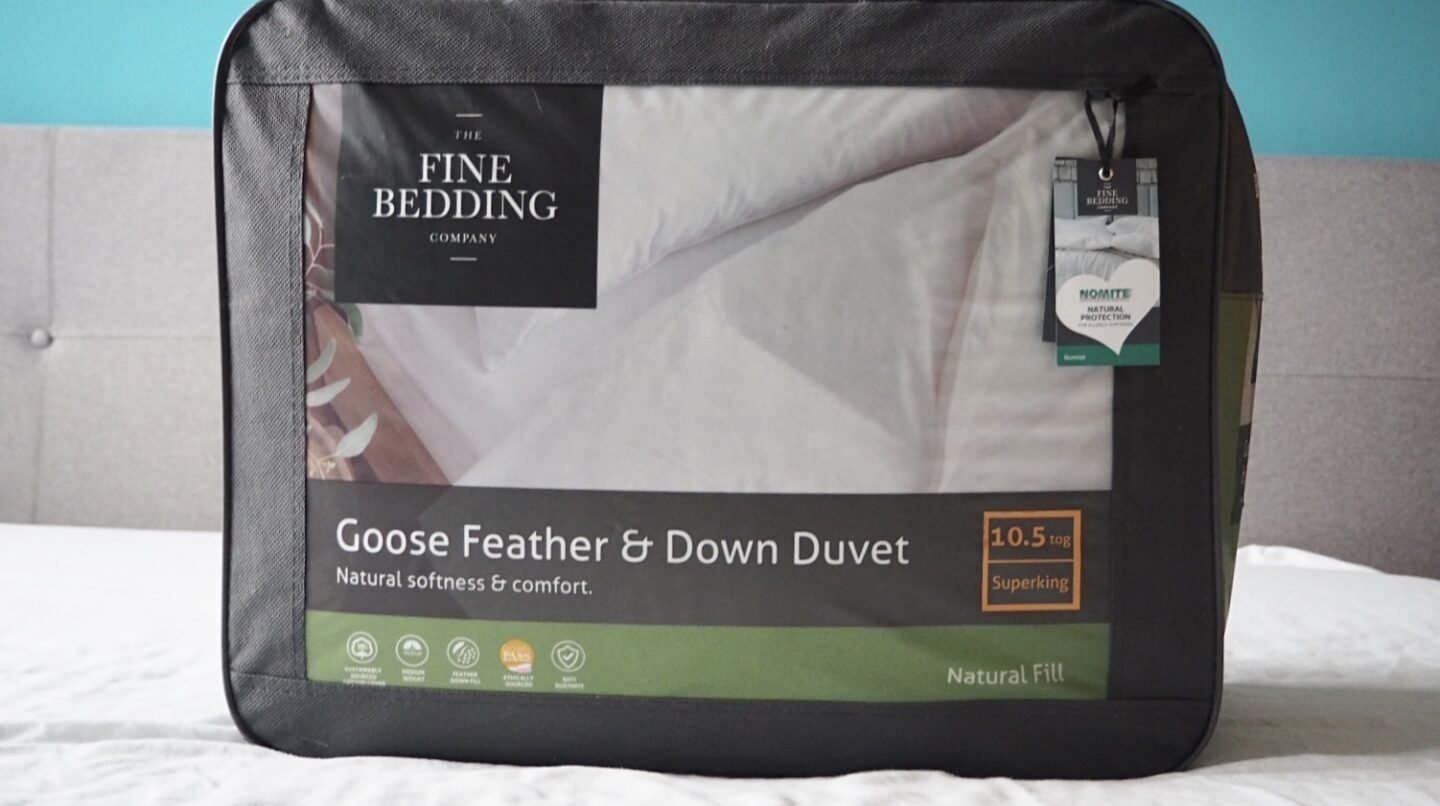 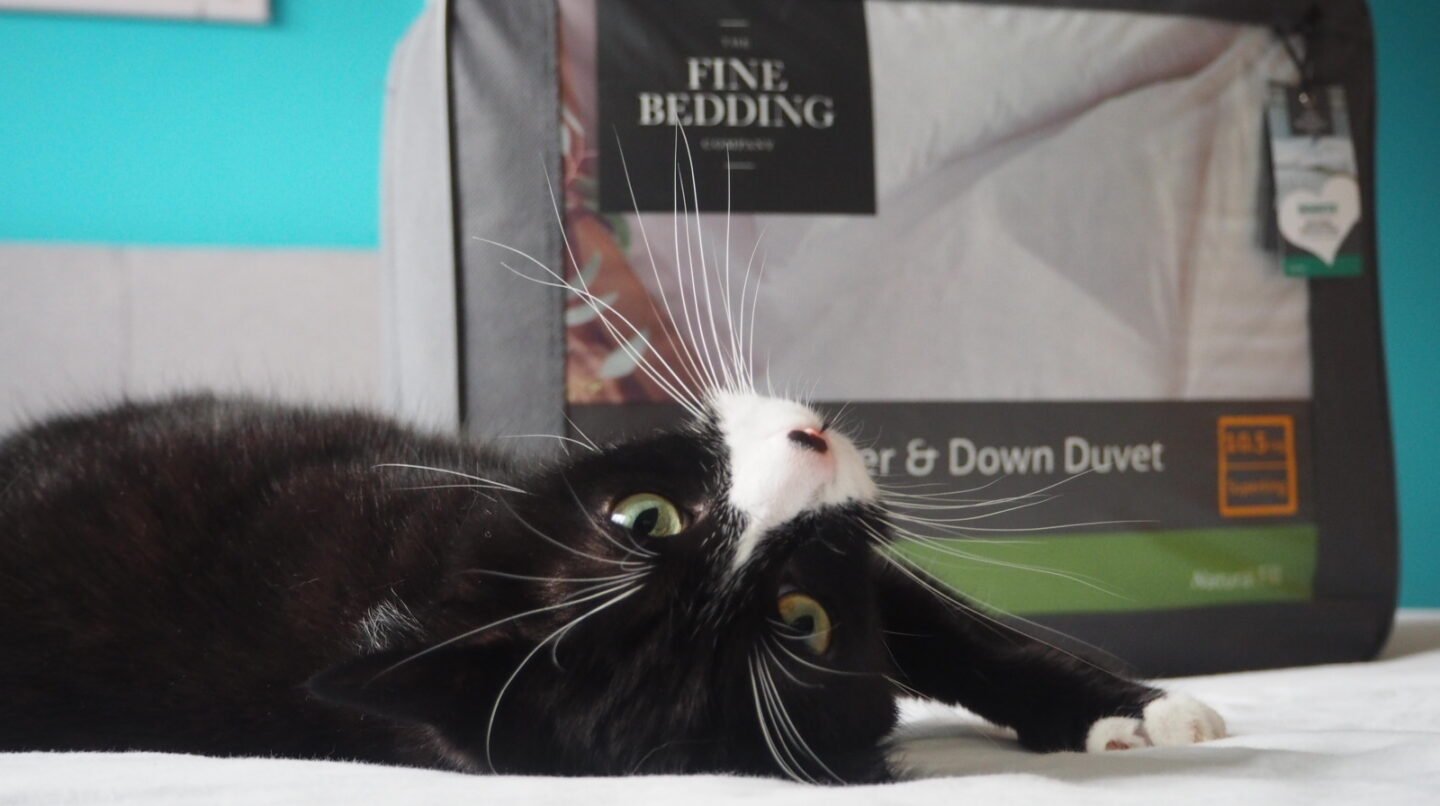 Why do cats always like to get involved when you take photos?!

After removing the duvet from the bag I could feel how soft it was.  It was just like a big fluffy cloud!  The feather and down filling is encased in 100% pure cotton so has natural thermal and breathable properties.  Also a huge plus for me is that The Fine Bedding Company ethically source their feathers and audit their suppliers to ensure that no live plucking or force feeding occurs.  The feathers used are a by product of the food industry, just like leather and wool.  It also has Nomite Protection so is excellent for those who suffer from allergies. 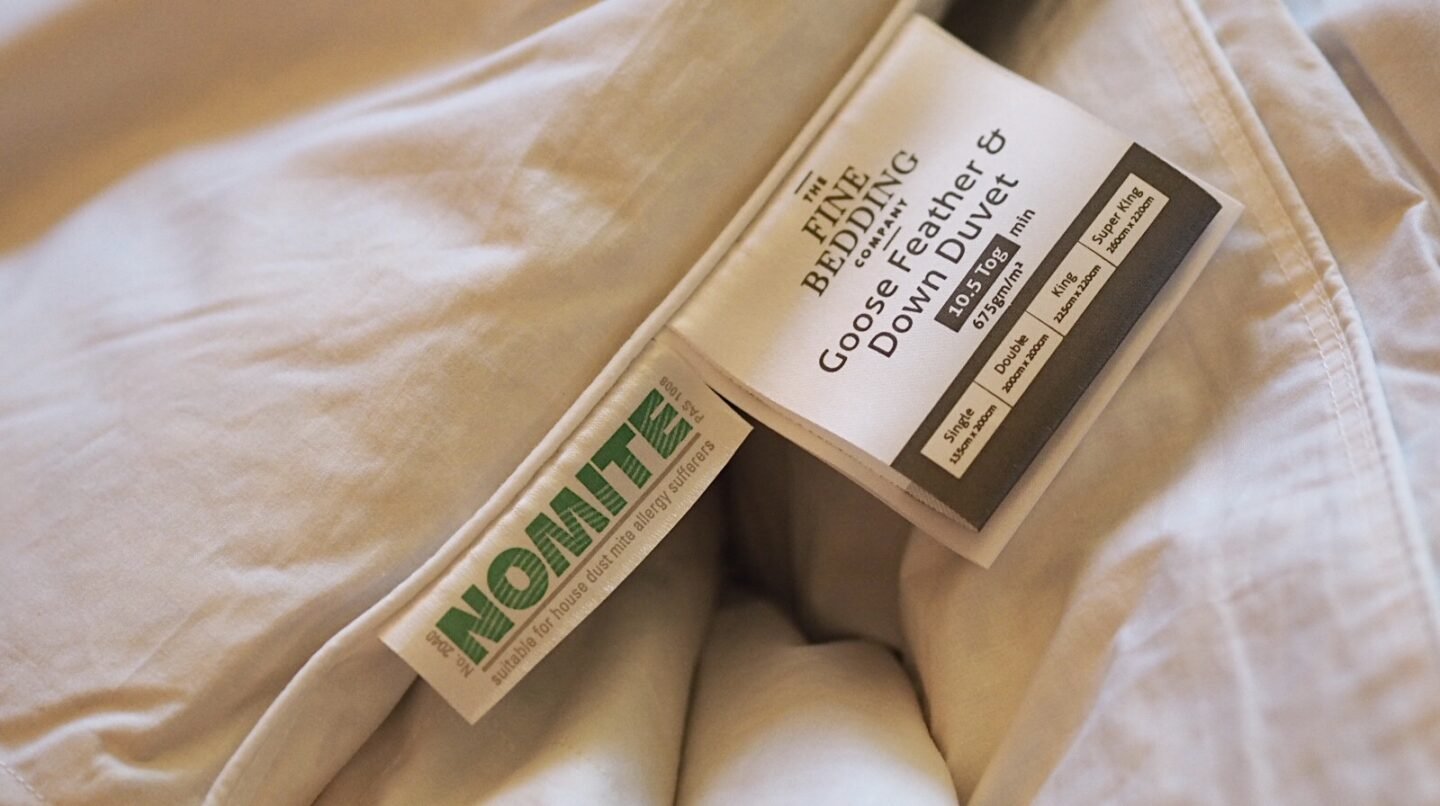 After putting on clean sheets and the new duvet I couldn’t wait to go to bed and see how cosy it would be.  As you can see from the photo below neither it would seem could Violet! **insert eye roll emoji here**. Like most people I don’t like being cold in bed but I also don’t like being too hot either!  This 10.5 tog duvet is just right for me but if you like  to be cosy in bed then this also comes in a 13.5 tog too.   You can even get this in All Seasons and Summer togs if you prefer a combi or lighter duvet.  Prices range from £52.50-£173.50 depending on size/tog you are after and delivery is between 2-4 working days.  You also get free delivery if spending over £50. 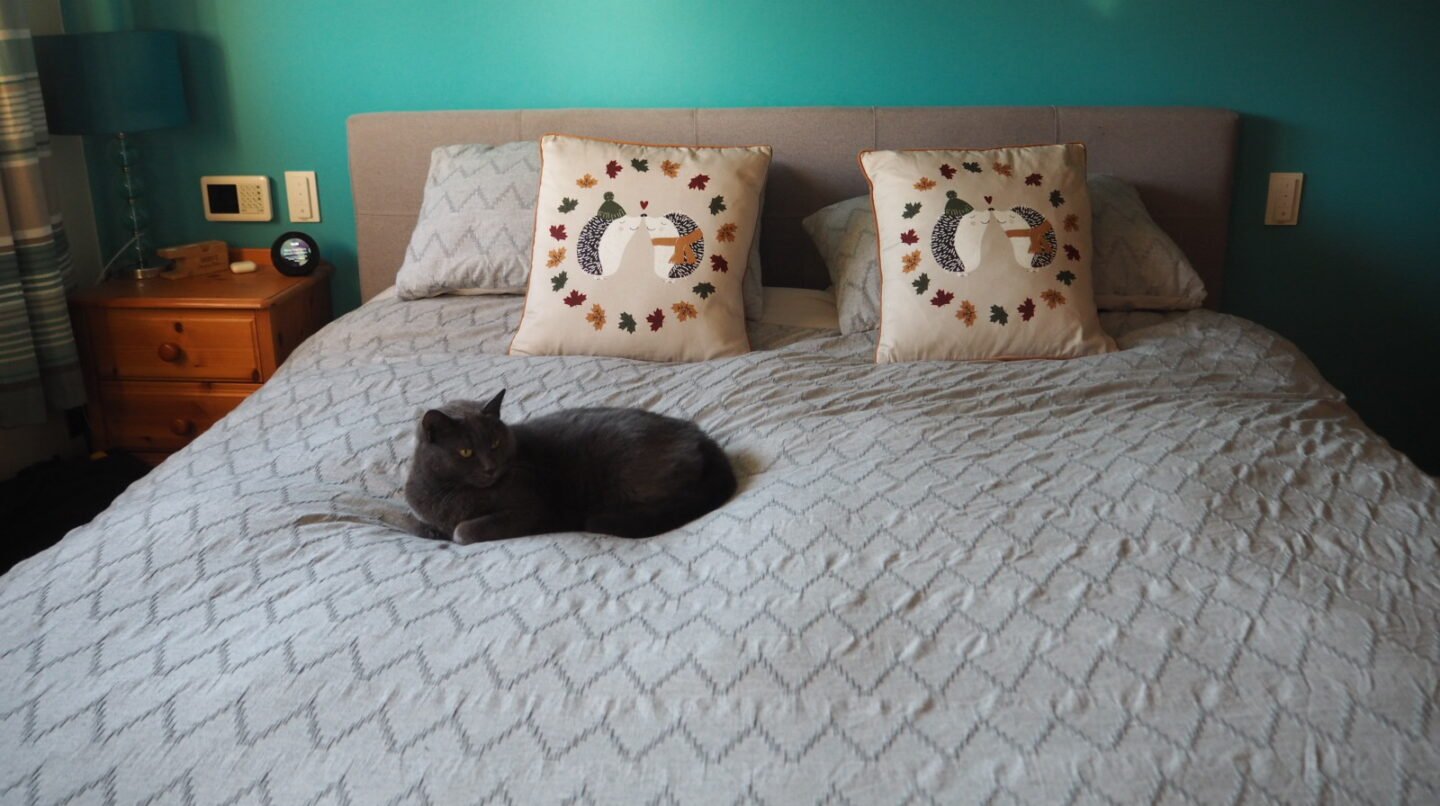 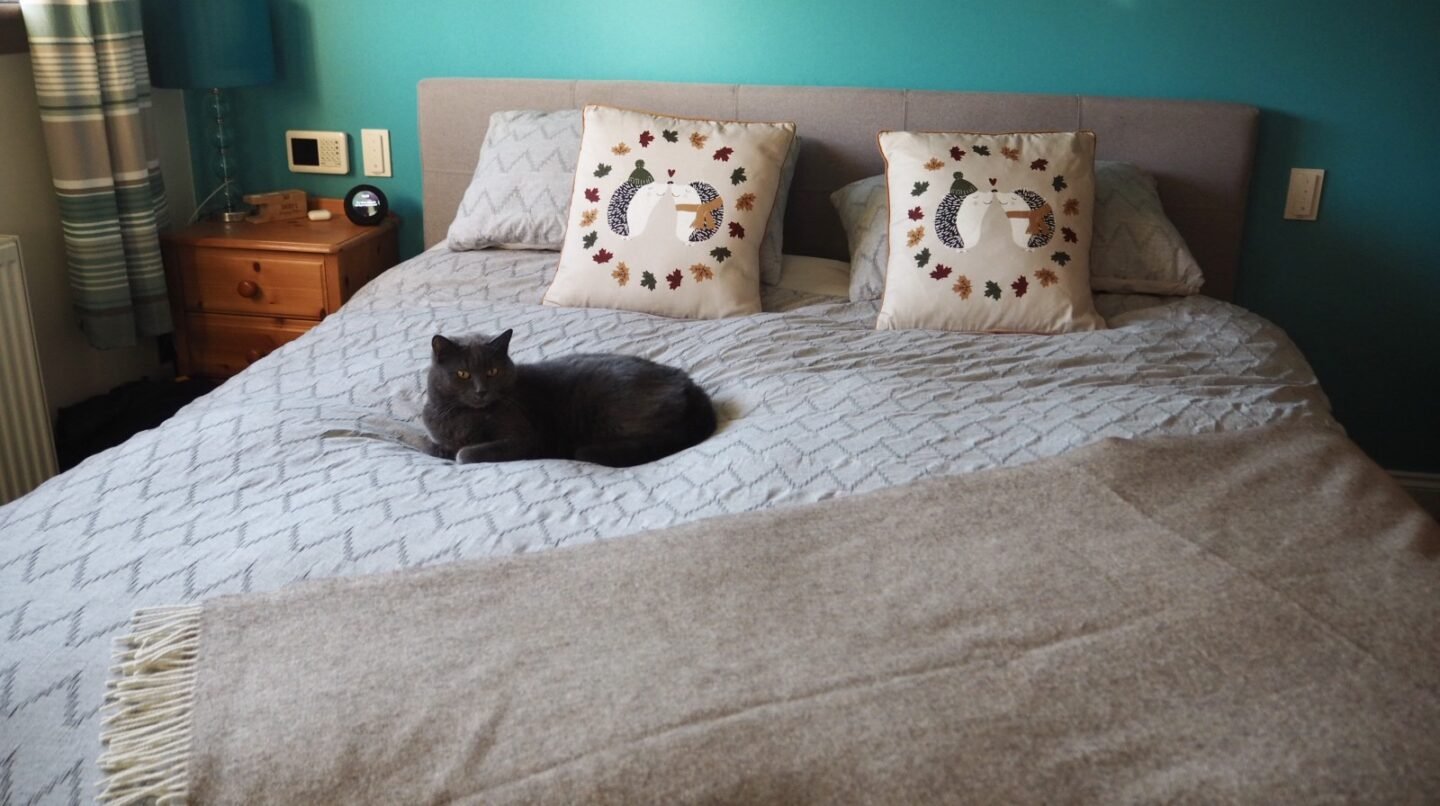 “Oooh what’s that you are putting on the bed now?” 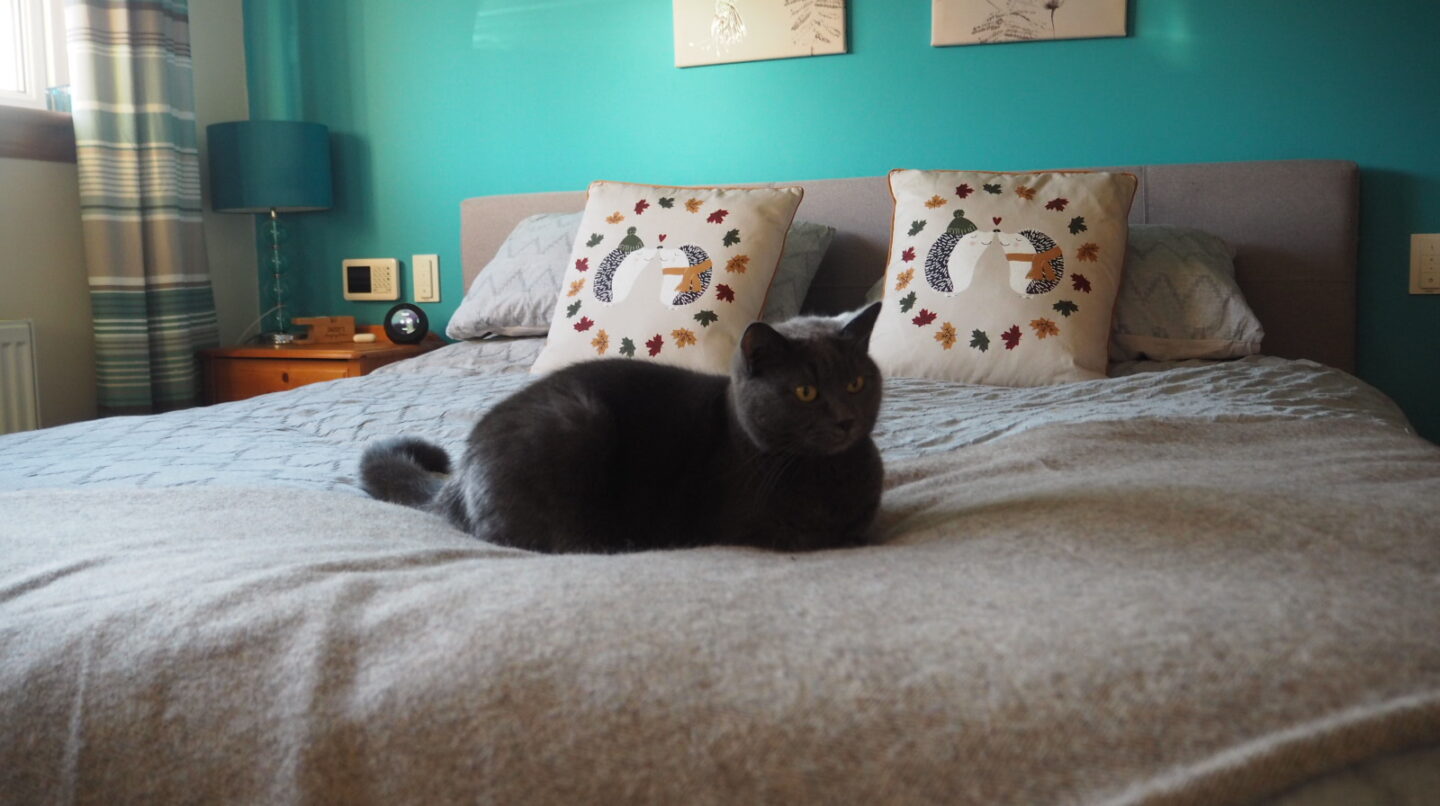 I’m a cat therefore I must sit on it!

This Goose Feather & Down Duvet is the most comfiest and luxurious duvet I have ever slept under.  It is lightweight, the feathers are evenly distributed and it is so, so cosy.  It has been on our bed for over a month now so plenty of time to have discovered something that I wasn’t happy with but honestly there is nothing that I do not like about this duvet.   I have found since switching over to this duvet I am sleeping much better.  I think it’s due to it not feeling quite so heavy or as hot as my last one made me feel.  This duvet fully deserves a 5 star rating and judging by the reviews on their website I’m not the only one who feels this way.  So if you need a new duvet check out what The Fine Bedding Company has to offer you will not be disappointed.

Also my cats are never off my bed during the day time since I changed the duvet.  They seem to prefer to have their cat naps on it rather than in their expensive cat beds downstairs.  If cats had thumbs they would definitely give this duvet a thumbs up!

Have you tried The Fine bedding Company’s duvets or pillows?  Let me know below. 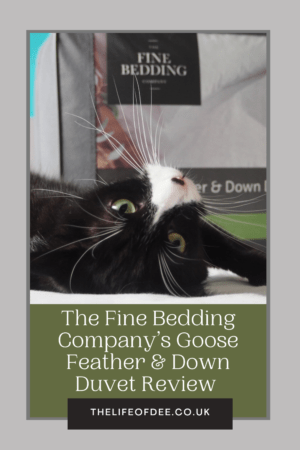 7 Steps To Having A Stress Free…

Ten Things I Love About Autumn