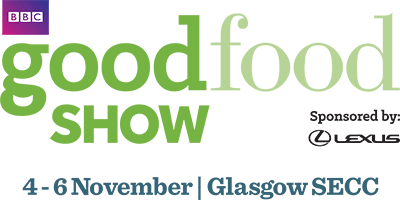 Last Sunday I went to Glasgow’s BBC Good Food Show after winning tickets on Hannah’s blog Granite City Girl (head over to her blog and say “Hello!”).  I had never been before but was very excited at the thought of all that food and drink that was waiting to be discovered as well as getting to sample some of these products too before buying them, you don’t always get that in Tesco do you?!

After setting the alarm to wake us up early and to head off down to Glasgow at 10am, we never actually left the house until 11am and I’ve no idea why we were running late.  We finally arrived in Glasgow, got parked and entered the SECC at 2.20pm so a bit later than I had hoped but at least we were there!

It was the final day and mid afternoon but it was still heaving inside, you couldn’t get near some of the stalls as it was so crowded (this was why I didn’t take any photos as I would no doubt have got someone’s elbow in the shot).  Some of the stalls had sold out of their products such as Heck Sausages, a venison stall (wasn’t too fussed about missing out on that, cos Bambi!) and even the Tipsy Tart stall had sold out of their vodka, this was the only thing that I had on my list before heading there and they were completely out of their Violet Vodka (sob).  I did get to sample it however and it tastes so good, it didn’t have a synthetic taste like some Violet flavoured things I have tried, it also has a shimmer to the purple liquid too and looks very pretty. 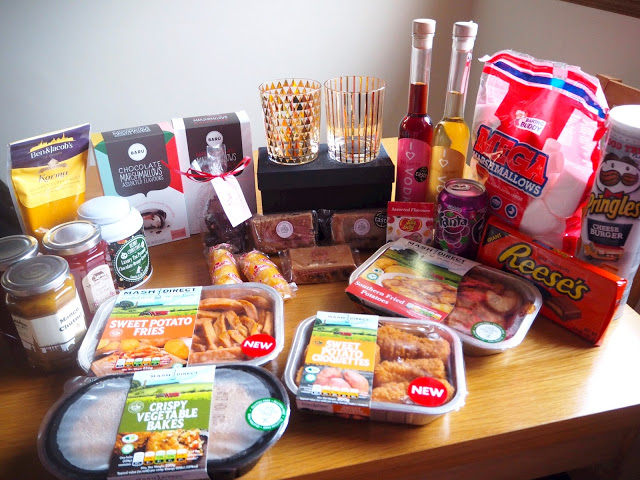 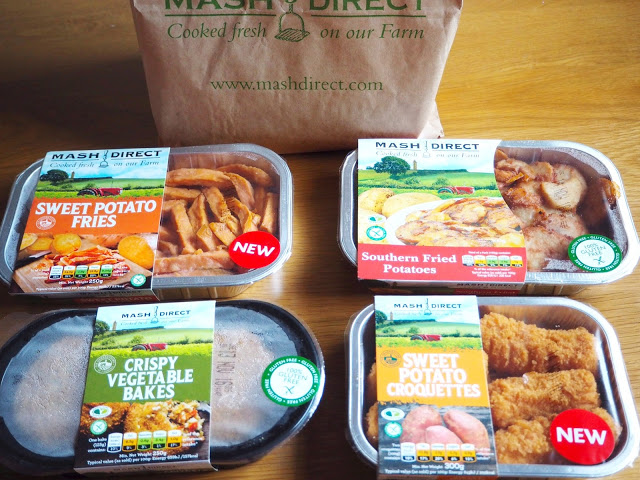 The photo above was of everything we bought (minus the sausage rolls and mini Reese cups that were devoured on the drive home, sustenance was needed for the 3 and a half hour journey back to Aberdeenshire!) and I was quite impressed with what we bought. There were a variety of stalls there that had different kinds of foods such as condiments, meats, cheese, sweets; gins, vodkas and teas for beverages as well as kitchen gadgets and dining tables.

First stop was Mash Direct where there was an array of their products, some that I had never seen before in the supermarket so I picked up some Sweet Potato Croquettes, Sweet Potato Fries, Southern Fried Potatoes and Crispy Vegetable Bakes to give them a try. All of their products are gluten free which is a big thumbs up as I love croquette potatoes but most shop bought ones have breadcrumbs instead of the rice and maize flour coatings that these ones have. They were selling at £1.50 each or 4 for £5 so 4 items it was. 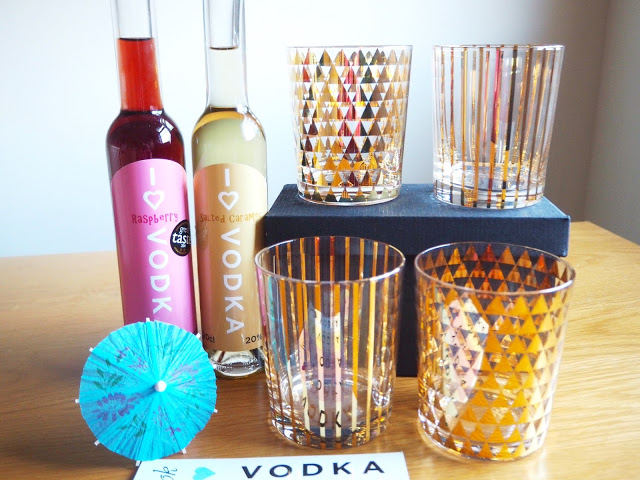 The Just Slate Company were there, I already have quite a few of their products as they look stunning as well as being functional for entertaining but when I saw their glasses I just had to have them as they looked so pretty with their gold patterns. They are classed as seconds as they had a tiny air bubble on them and are regarded imperfect so they were only £10 for a box of two rather than the £30 it would cost for the perfect ones. The air bubbles are hardly noticeable and I only found them as I was looking for them so that was a bargain.

I also picked up two bottles of I Heart Vodka in both Raspberry and Salted Caramel flavours as I needed something to put in my new glasses ;). I sampled both flavours while there and I couldn’t decide which one to pick so I obviously bought them both, will need to put my mixology skills to work and see what cocktails I can concoct with these vodkas.

Now onto the sweet treats we bought, we went to the Barü Marshmallow stall where you could buy chocolate covered marshmallows in different fłavours like raspberry, sea salt and caramel as well as milk and dark chocolate. These were really good, the marshmallow was soft and slightly gooey with a crisp chocolate shell and just wish that we had bought more than two boxes of them. Moving onto the Ochil Fudge where the stall had a range full of fudgey flavours including White Chocolate & Baileys, Banoffee, Cherry Bakewell, Rum & Raisin and Christmas Pudding. These too are gluten free and are so creamy, so far I have only tried the Cherry Bakewell but couldn’t eat a lot as it was quite sweet. We also picked up Strawberry Creams from a stall that I can’t remember the name of but they had a huge selection of sweets including Honeycomb and fudge. 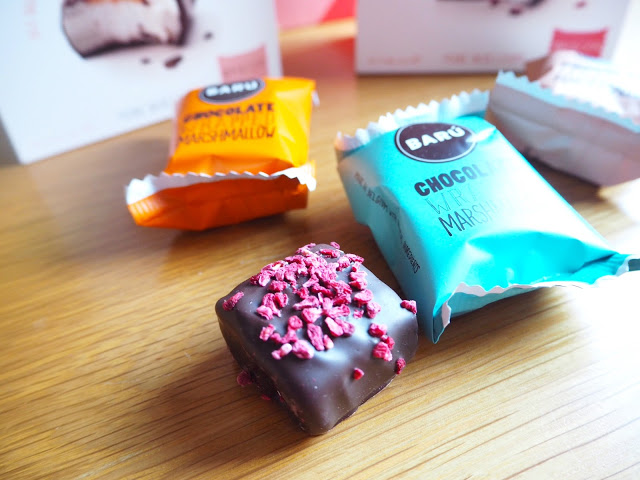 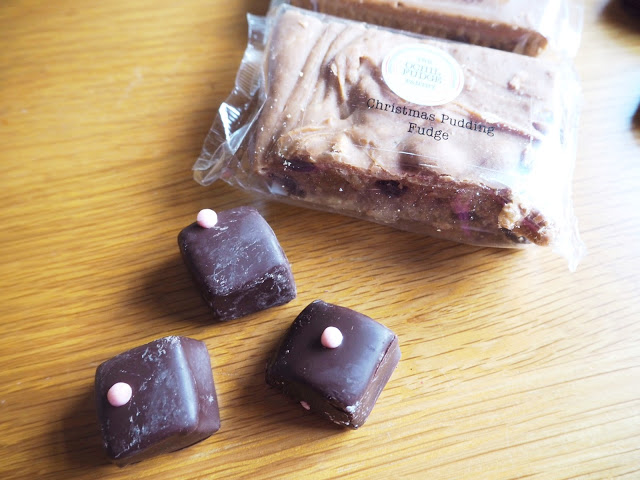 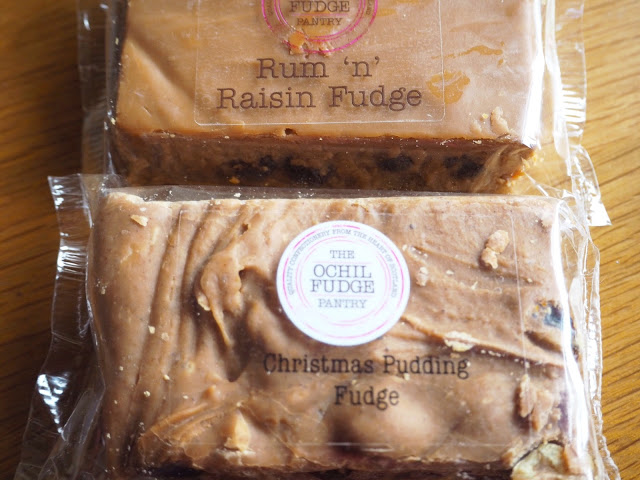 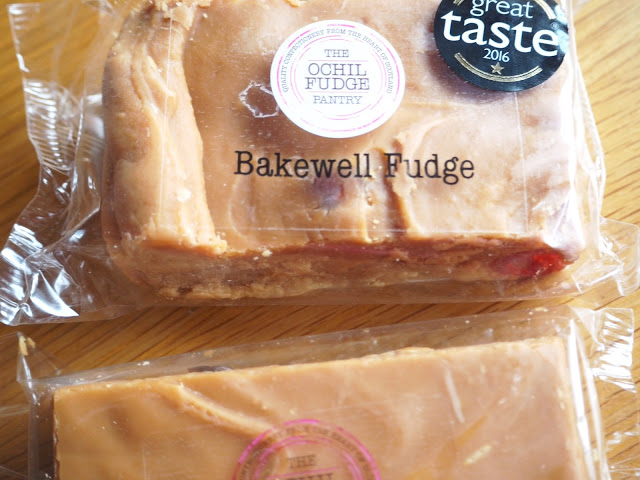 The Wee Tea Company were there with their selection of various teas, including their Christmas range and I picked up a tub of their Chocolate Orange Green Tea, I’ve yet to try these but the smell when you open the tub is just like a Terry’s Chocolate Orange. Their other Christmas teas include Gingerbread Rooibos and Christmas Chai Black Tea, a perfect gift for a tea lover. 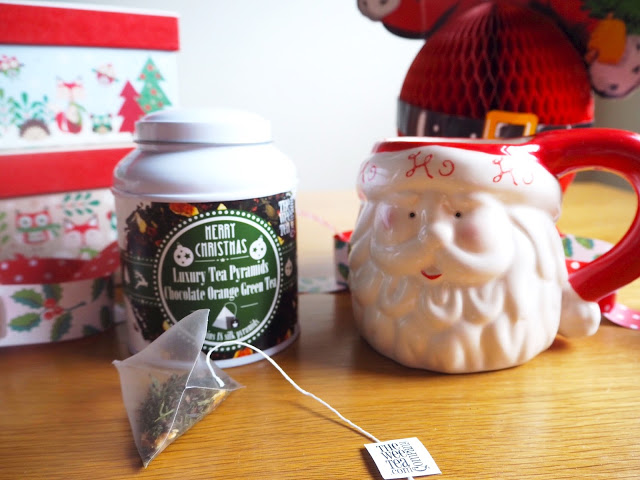 When we saw the American Food stall we both rushed over and spent ages checking out what they had on offer, there were boxes of Lucky Charms, bags of Jolly Ranchers, packets of flavoured Oreos but we came out with Cheeseburger Pringles (these didn’t last long and actually tasted like the Big Mac burger sauce), Grape Fanta (it was a toss up of this one or the a raspberry flavoured one), Twinkies (yuk, I never chose these), mega marshmallows, Reese’s Mini Cups as well as a bar of Peanut Butter chocolate and some Jelly Bellys. 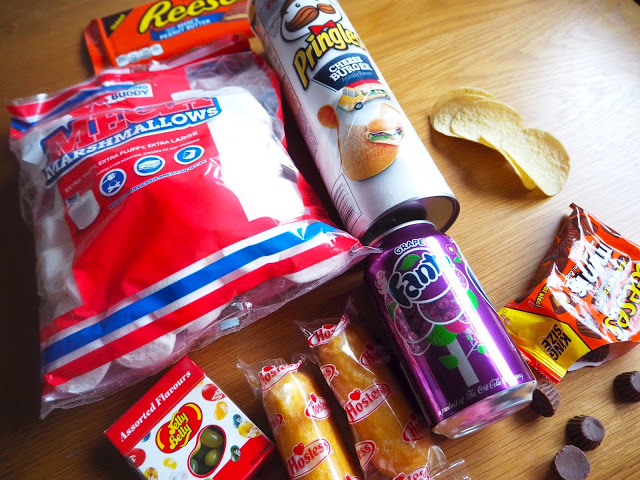 Lastly we visited the Ben & Jacob’s stall where I picked up a couple of jars of Chilli Jam, the owner said that they were £4.50 each but it was 3 for £10 so Mr M added the Korma sauce to make it up to the three items and when I got home and unpacked there was a jar of Mango Chutney that neither of us picked up so the nice man had given it to us for free. 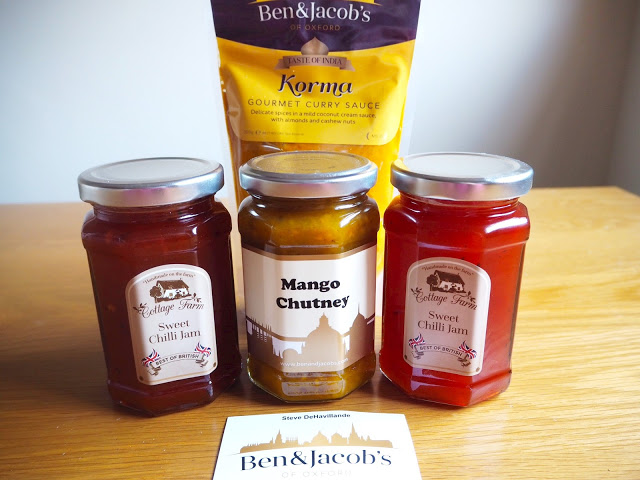 We both had a lot of fun (and a lot of bags) at the BBC Good Food Show so would definitely go back again, I would say that if you are going it’s probably better to get there earlier as it would be less crowded and you will be able to spend time with the producers and find out more about their products.

Have you ever been to one of their food shows? Have you tried any of these products?

Places You Must Visit While In Edinburgh

What To Expect At Your First Slimming…