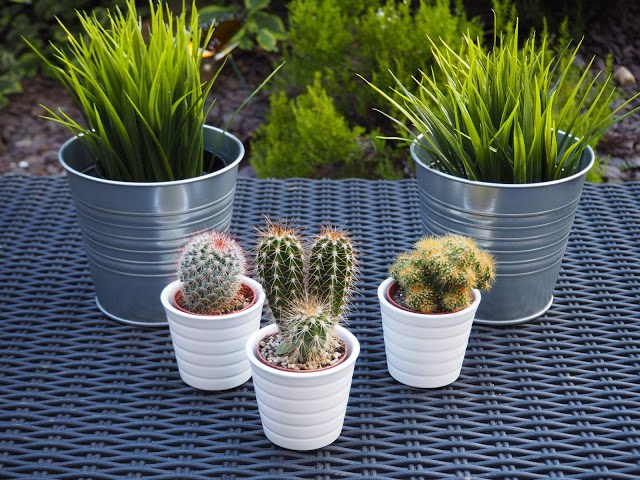 IKEA, the place where you go in to get a couple of things or even a browse and come out with enough glasses to open a bar, so many candles that you could re-make Alexandra Burke’s Hallelujah video and 350 freezer bags (one of these is actually true!) so while we were in Glasgow last month we headed into their branch as although Aberdeen now has its very own store it’s a crappy order and collect one where you go to the store, order your products and pay a delivery fee to get it delivered to there and not to your house.  There isn’t even much in the way to buy like the Market Place products instore, needless to say it hasn’t proved to be very popular with us Aberdonians!
Sorry for the rant, now back to the haul! 🙂 We were after something to put on our kitchen wall as its just a plain boring magnolia colour, mural wallpaper had been previously discussed but we couldn’t   settle on a design as Mr M wanted an Autumn forest look with trees and golden leaves which would annoy me for the 9 months of the year that it wasn’t Autumn as I do like to decorate the house according to the season.  I quite liked the New York wallpaper of tall buildings and a yellow taxi but Mr M hated that idea, so off we went to have a look at the picture section of IKEA to see which one we liked. We couldn’t decide on a picture that we both liked so in the end we chose a wall clock. A huge wall clock.  The Skovel clock is a lovely duck egg blue colour with Roman numerals on its face and it took a bit of getting used to when you first walked into the kitchen as its quite big but I love it now. 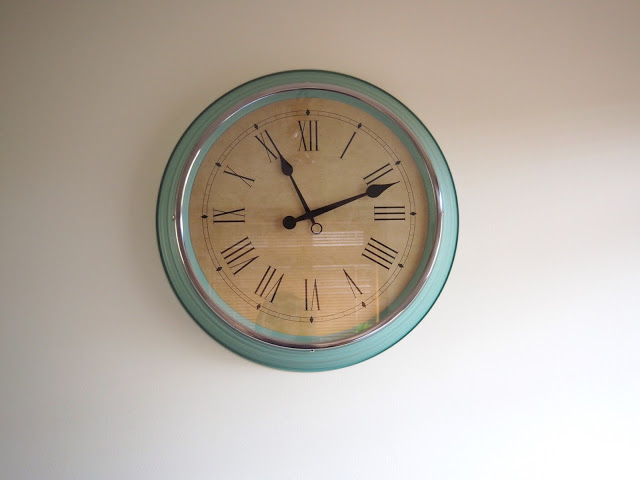 I bought quite a few storage boxes for an upcoming organisation project that I’m hoping to do by the end of the year but the way it’s flying by it might well be on my New Year to do list so look out for that post.  Also these wooden crates come flat packed but are really easy to build, haven’t yet decided whether to keep these for the aforementioned project or to use them as part of a Christmas gift idea, decisions decisions. 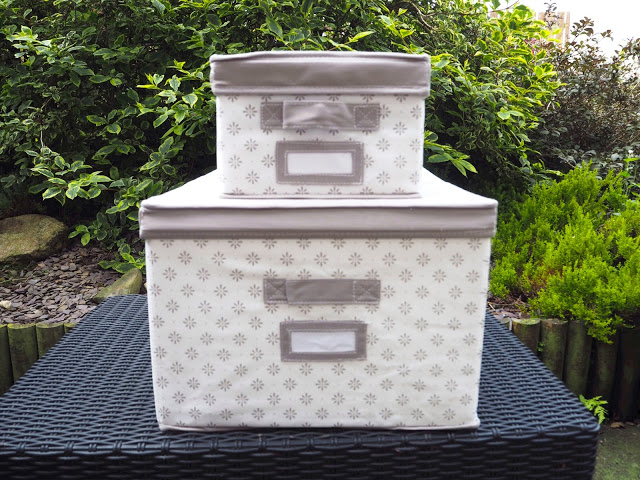 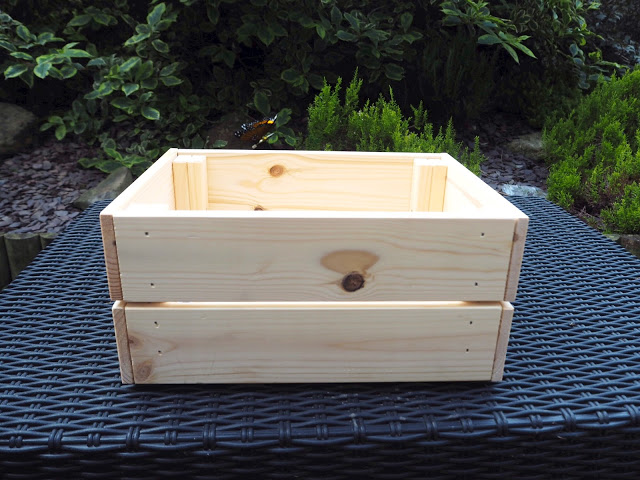 A blogger favourite, cacti made its way into our shopping bag along with the plastic grass and the galvanised plant pots.  We can’t have real plants where the kittens are able to reach as we obviously don’t want to poison them but Violet has already made her way onto the kitchen windowsill and has been chewing on the plastic grass so they have now been removed from there for the time being.  The cacti are safe out of curious kitties way by being placed on the bathroom windowsill but I guess it’s just a matter of time before someone learns a valuable lesson that prickly plants hurt. 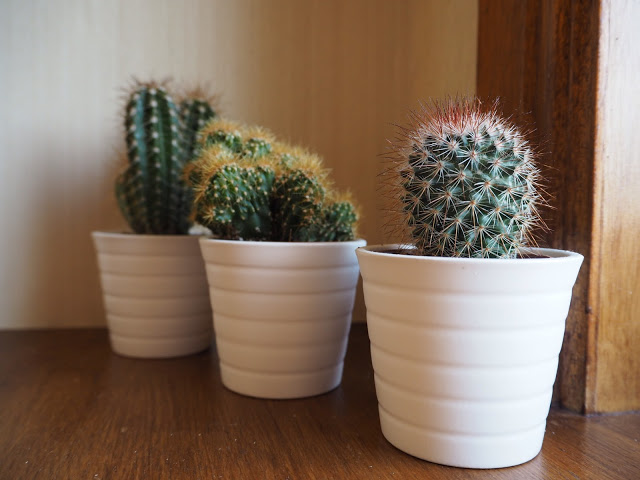 Without making the kittens sound like Tasmanian Devils that leave chaos and destruction in their wake, we also bought cushion covers that were made with a stronger material so they wouldn’t pull and we could save our good cushion covers from getting wrecked by them. These are white with a blue-grey design on them, with a vine pattern on the front and a thin stripe on the back. 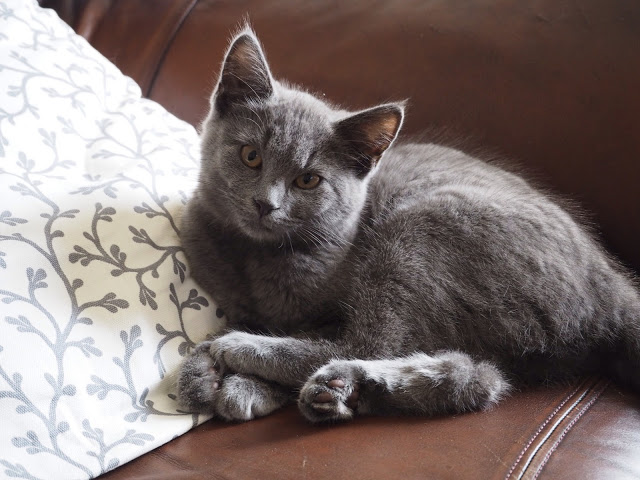 Freezer bags, see I told you one of those statements were true, I did really buy 350 freezer bags.  I like to use freezer bags for storing meat when I split a large pack as I won’t use it all at once, for freezing soup that I’ve made too much of as well as a load of other things.  I haven’t tried these yet so they better be good but in case they were I decided to buy a few packs since I wouldn’t be heading back to IKEA for a while and if they are rubbish I will pass them on to my Mum 🙂 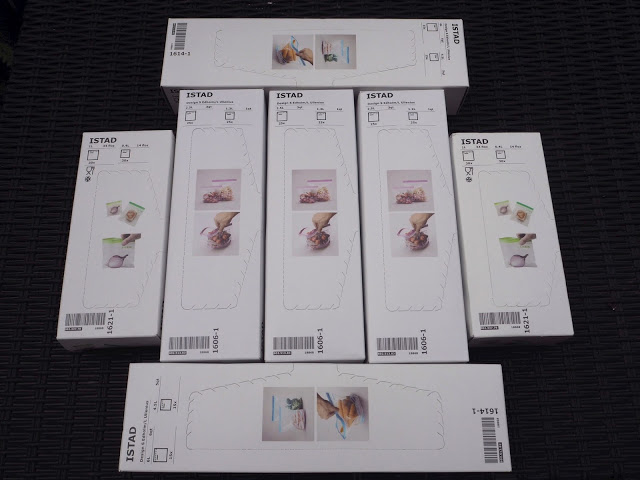 Do you go to IKEA and come out with exactly what you went in for or do you come out with a whole host of products?  What’s your favourite IKEA buy?