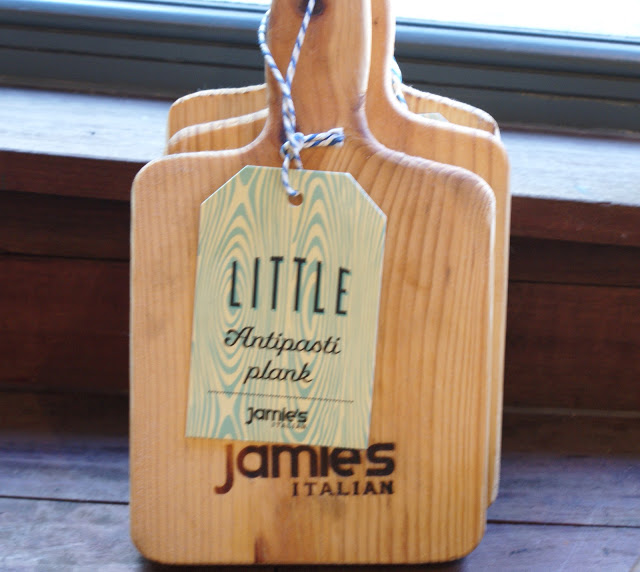 Last week I met up with two of my blogger chums Iga and Steff and headed to Jamie’s Italian for some lunch.  Jamie’s is situated near the Castlegate end of Union Street in what used to be the old E&M’s building, a department store of years gone by.  Although I had never been to Jamie’s before I know many who have and had heard mixed reviews about the food so I went with an open mind.

On entering the restaurant I noticed it had a relaxing and rustic feel to it with the wooden tables and floors, there was also a large terracotta screen that went around the staircase that looked like a huge wine rack.  After being shown to our seats and given menus to look at we were asked if we would like water, a huge carafe of water was then placed on our table while we caught up on the gossip and decided on what delicious foods we were going to have.  Jamie’s has a Super Lunch menu that is only £10.95 for two courses and if you are still hungry for dessert then you can have three courses for £12.95, which is a pretty impressive price! Jamie Oliver is my favourite celebrity chef and the fact he promotes free range chicken, pork and grass fed beef is a plus in my book as not enough restaurants offer dishes containing these preferring to use cheaper products where there is less emphasis on animal welfare. 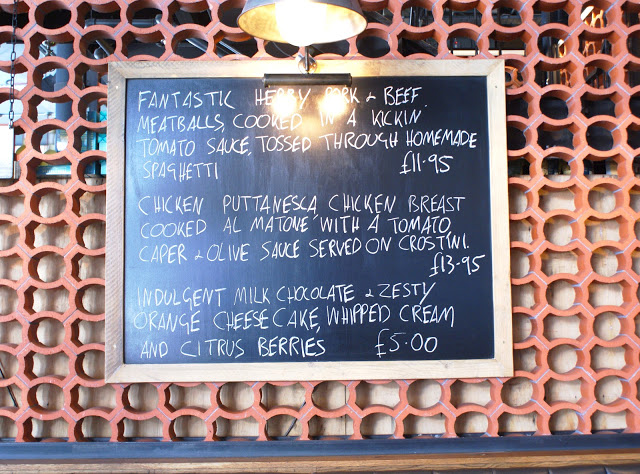 As I am gluten free I went for the full menu for my eats, there was certainly a lot of choice in the mains but they were sadly lacking in the starter department.  For our starters Iga went for the Pâté Bruschetta which is a chicken liver pâté with pancetta served on bruschetta toasts, Steff went for the Fritto Misto, a selection of fried sustainable fish and squid with a garlic and lemon aioli, and I went for the Olives on Ice (£3.95) which was olives served on ice with a black olive tapenade and what looked like a poppadom.  The crispy music bread as its called does contain gluten so don’t eat it if you are gluten intolerant.  Iga and Steff both really enjoyed their starters and I must admit they did look appetising, my starter was fine but eating olives isn’t a particular exciting starter to pick. 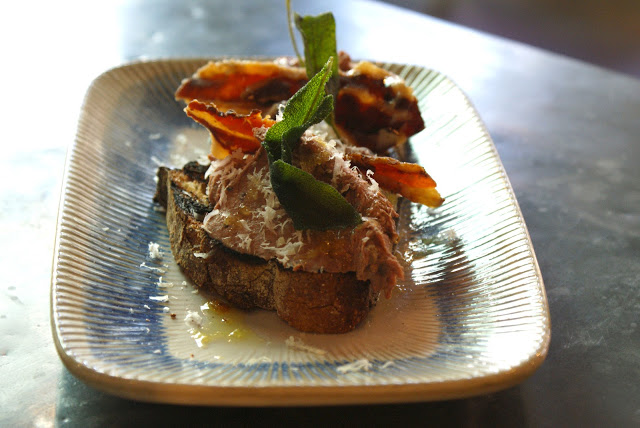 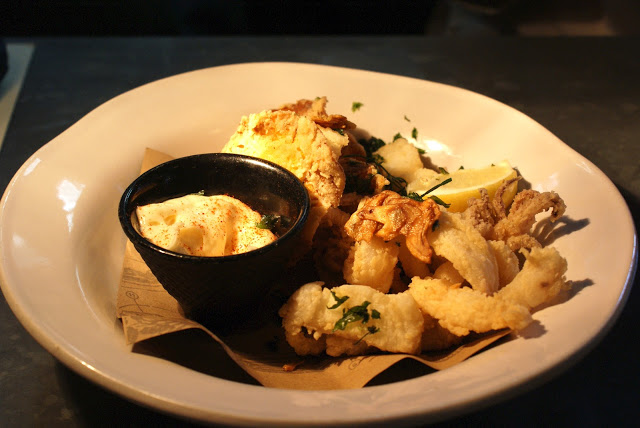 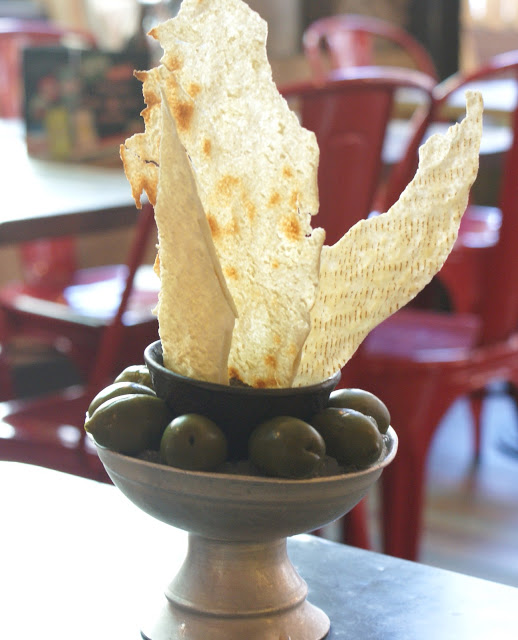 For the main course Iga and Steff were both feeling ultra healthy and went for the Super Food Salad which arrived in a huge bowl packed with quinoa, black rice, curly kale, toasted seeds, cottage cheese, avocado and a lot more, I went for the less healthy option of Jamie’s Favourite Porchetta (£13.95) which is a dish of slow cooked pork belly served with charred fennel, spring onion, baby beets and apple sauce. The Super Food Salad looked really good and was given the thumbs up by Iga and Steff, it seemed to be very filling and Iga took what she couldn’t finish home with her in a doggy bag.  The pork belly that I chose was really tender and tasty, the charred veg that came along with it was also delicious.  It doesn’t come with potatoes or chips so if you wanted some then you would need to order them as a side dish.  We ordered a side of Polenta Chips (£3.65) to share, these were more cubes than chips and were really good, yum! 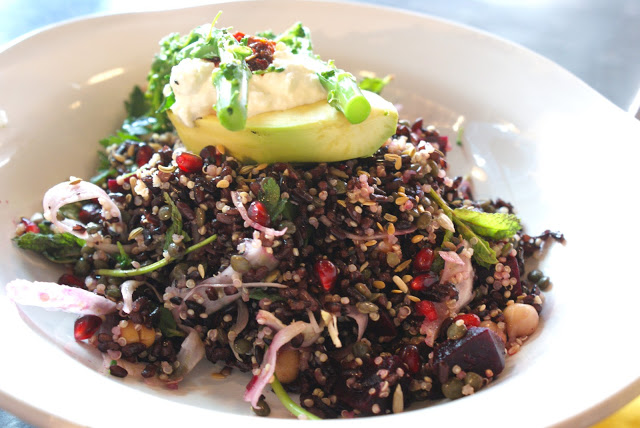 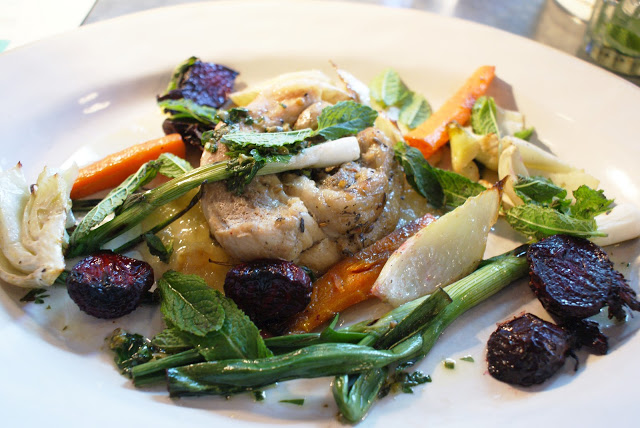 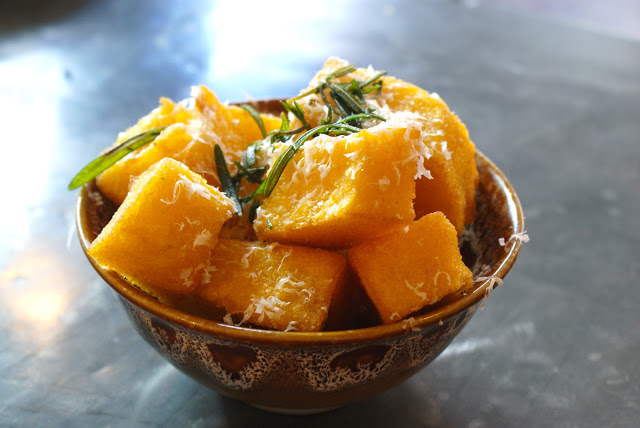 After both courses I was feeling full but Steff decided to try out the dessert and went for the Frozen  Natural Yoghurt with Butterscotch Sauce (£4.95) this wasn’t included in the special lunch menu price and it seems that it’s only ice cream which is, if you are after any of the other desserts then you will need to pay extra for them. Steff did say that it tasted really good though. Iga went for a Latte and I chose a pot of green tea, for all of the above plus four Homemade Lemonades (a really nice and refreshing drink) the bill came to just over £68 which is pretty reasonable for three large lunches and drinks.  If your meal has inspired you to cook Italian dishes then there are various cook books, pastas and oils you can buy there if you wish to recreate them at home to impress your friends and family. 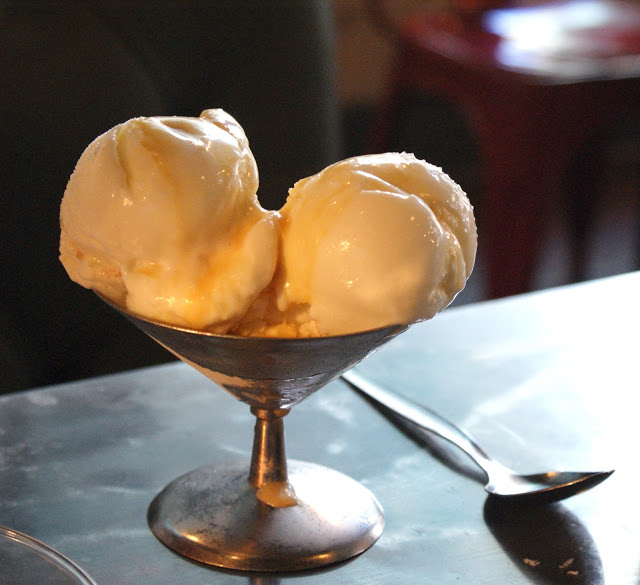 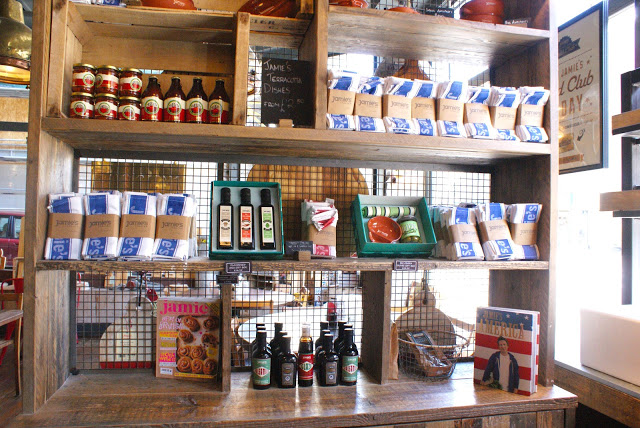 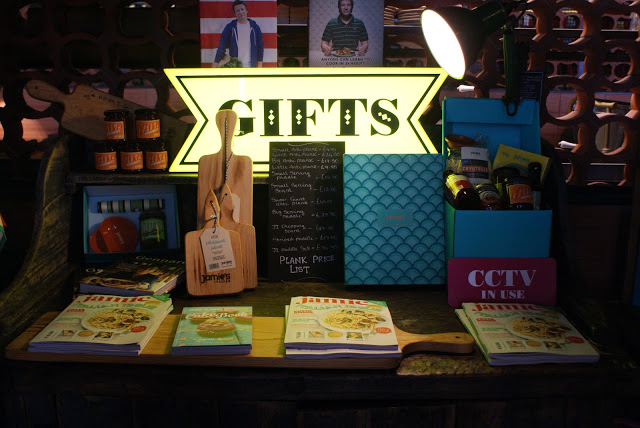 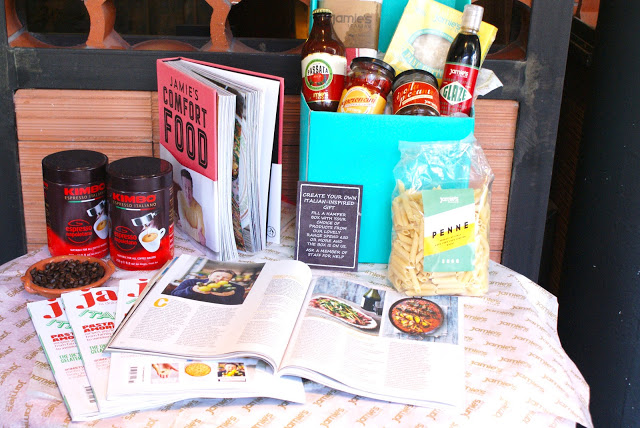 Overall the service and food was really good, the only thing I would suggest is to offer more starters that are gluten free as the olives were not really what I would class as a starter more of a “nibble”  while you choose what you want from the menu.  The rest of the menu though does get top marks and you can have the pasta dishes with gluten free pasta; there are also vegan and dairy free dishes available too so all dietery requirements are catered for.

Have you been to Jamie’s Italian before? What did you have?

Disclaimer – I was invited by Jamie’s Italian to try their menu but all opinions are 100% my own.

20 Things To Do This Autumn