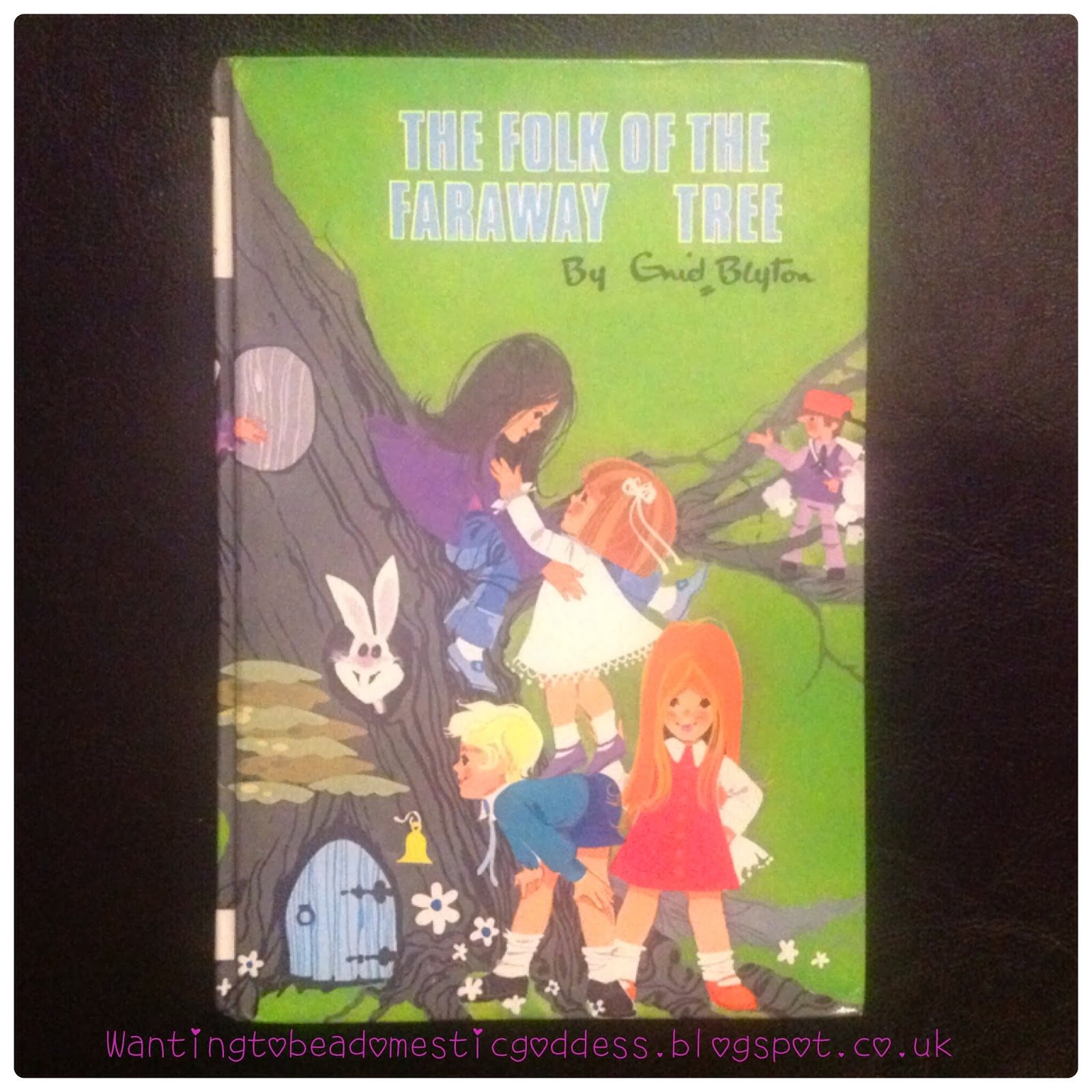 Topic 3 of the 2014 is your all time favourite book, I used to read a lot when I was a child and I continued to read regularly up until a few years ago.  I decided to post about Enid Blyton’s Folk of the Faraway Tree, this was my most favourite book when I was younger and I still have it.  It was given to me by one of my Great Aunties at Christmas 1984 which makes it nearly 30 years old! And also makes me feel very old!!  This edition was selling on eBay recently for £7 upwards and I thought about selling mine but I just didn’t have the heart to do so. There are a few other books in the series but this one was my favourite. The other titles are:  The Enchanted Wood, The Magic Faraway Tree, The Folk of the Faraway Tree and Up the Faraway Tree. 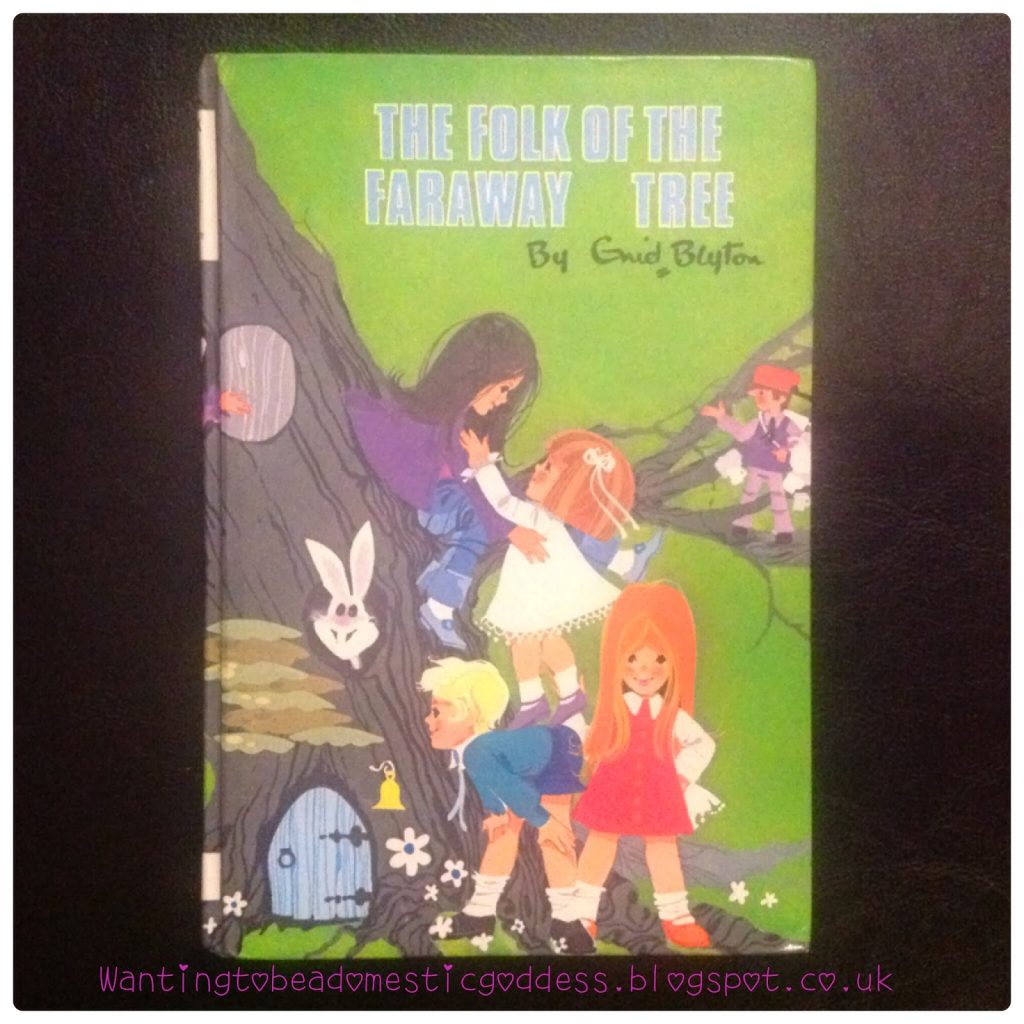 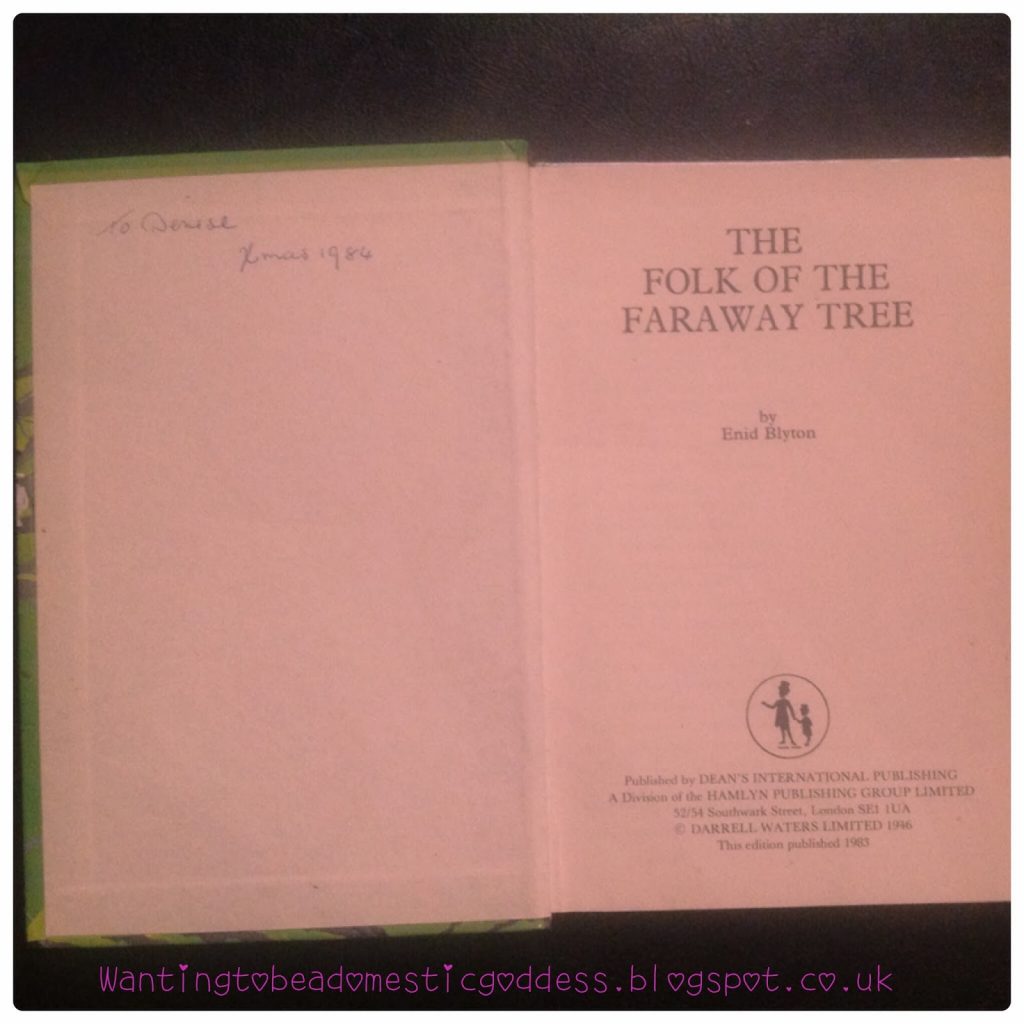 The story is about four children Jo, Bessie, Fanny and Connie.  Connie has come to stay with the other children as her mother is ill and she is quite a bossy, stuck up child who doesn’t believe in magic and needs some convincing about believing in the Faraway Tree.  The Faraway Tree is an enormous tree that reaches into the sky and has fairy folk and characters such as Moonface, Saucepan Man and Silky living in it.  There are new magical lands that arrive regularly at the uppermost branches.

Some of the lands that appear at the top of the tree are:

As with other Enid Blyton books, the stories and characters have been updated and re-published. The children’s names have been changed to Joe (Jo), Beth (Bessie), Frannie (Fanny) and Dick who is mentioned in this story but appears in an earlier book also has his unfortunate name changed to Rick. Dame Slap who runs a school where she slaps naughty children has her name changed to Dame Snap, she also has stopped slapping them and shouts at the children instead.

I have just collected the book from my Mum’s loft so I am going to relive my childhood and read it again :)! What was your favourite book as a child?